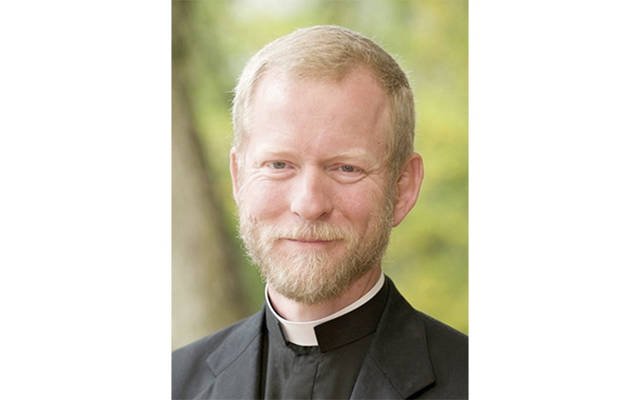 In the wake of announcements from multiple pharmaceutical companies about safe and effective COVID-19 vaccines, many are expressing ethical doubts about whether it is OK to take these vaccines. Do Catholics have a moral duty to decline an inoculation if it was unethically produced using a cell line that came from an abortion?

The short answer is “no.” This has been discussed and explained in several magisterial church documents in recent years.

In 2008, for example, the Congregation for the Doctrine of the Faith reminded us in the Instruction Dignitas Personae that:

“Grave reasons may be morally proportionate to justify the use of such ‘biological material.’ Thus, for example, danger to the health of children could permit parents to use a vaccine which was developed using cell lines of illicit origin, while keeping in mind that everyone has the duty to make known their disagreement and to ask that their healthcare system make other types of vaccines available.”

For a serious reason, therefore, Catholics may receive a COVID-19 vaccine having an association with abortion, and a serious reason could include a threat to one’s health and well being. Those who are elderly or who face co-morbidities like diabetes, obesity or other significant health conditions are among the highest risk groups for adverse outcomes from infection, and would clearly have a serious reason.

Included below is information comparing some of the COVID-19 vaccine candidates that may become available in the U.S. in terms of their association with abortion-derived cell lines, helpfully collated by the Charlotte Lozier Institute and alphabetically arranged:

Vaccines from Moderna and Pfizer are likely to be among the first to receive emergency approval in the U.S., and do not rely on cell lines from abortions in the manufacturing process. As such, they appear to be good candidates for Catholics to use. There is a problem that a cell line from a 1972 abortion was used to carry out some ancillary testing of those vaccines, but the fact that zero material derived from any cell line from an abortion is present in these vaccines, that is to say, inside the syringe which actually jabs the patient, is sufficient in the minds of most to assuage any concern over using them, even if problematic laboratory testing may have taken place along the way.

If we end up facing a choice among multiple COVID-19 vaccines of similar or equal safety and efficacy, as appears likely, it will clearly be preferable to choose alternatives with a better ethical profile, i.e. those not associated with, or less associated with, material derived from abortions.

Suppose, however, that two new vaccines both appeared to be safe during clinical trials. The first vaccine had no association with abortion, but was only 35% effective at protecting from COVID-19, while the second was more than 90% effective, but was manufactured using a cell line derived from an abortion. In such a case, again, we could choose the significantly more effective version for the serious reason of danger to our health.

Relying on cell lines from abortions to manufacture a COVID-19 vaccine provokes strong moral objections and some can and will refuse the vaccines on these grounds. While it is a personal decision of conscience as to whether or not to accept a vaccine, it is important to be clear that the Church, for her part, does not require us to decline it on such grounds in the face of serious reasons, as in the situation of an elderly person or someone with multiple health issues who faces significant risks if they were to contract COVID-19. This fact, of course, in no way absolves or diminishes the serious wrongdoing of those who used cell lines from abortions to make vaccines in the first place.

Any time we decide to receive an unethically produced vaccine, moreover, we should push back. We need to do our part in applying pressure on the manufacturer, perhaps by sending an e-mail indicating our objection to the fact that their vaccine was produced using ethically controversial cell sources, and requesting that they reformulate it using alternative, non-abortion-related cell sources. Alternatively, we might write a letter to the editor of our local paper pointing out the injustice of being morally coerced to rely on these cell sources, or take other steps to educate and inform others.

Such efforts help expand public awareness of the problem and apply real pressure for change. Such efforts can be more effective (and require more authentic determination on our part) than merely “digging in our heels” or “taking a stand” and refusing to get vaccinated, which has the negative effect of subjecting us, and others around us, to heightened risk from various diseases.

While it is too early to know which COVID-19 vaccines will end up becoming available in the U.S., the pandemic is certain to elevate the profile of abortion-related ethical concerns among the public to a degree not previously seen, offering a unique opportunity to push for the elimination of these cell lines from future biomedical research and pharmaceutical development projects.

Rev. Tadeusz Pacholczyk, Ph.D. earned his doctorate in neuroscience from Yale and did post-doctoral work at Harvard. He is a priest of the diocese of Fall River, MA, and serves as the Director of Education at The National Catholic Bioethics Center in Philadelphia. See www.ncbcenter.org and www.fathertad.com.