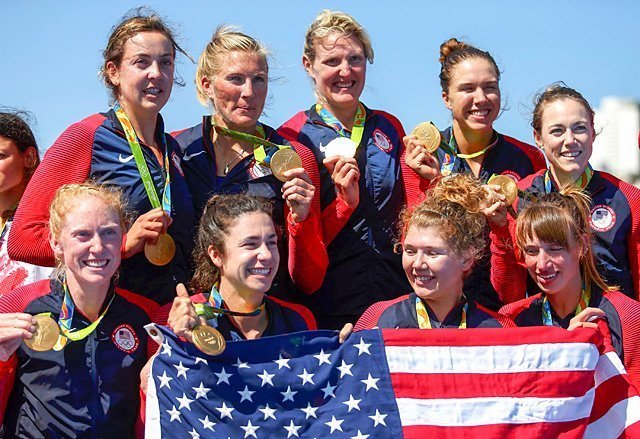 Musnicki, 33, earned the gold in the women’s eight rowing final on Aug. 13 at the 2016 Summer Games in Rio de Janeiro. She and her United States teammates covered the 2,000-meter course in 6 minutes, 1.49 seconds to best Great Britain, which placed second with a silver-medal performance of 6:03.98. Romania took home a bronze medal in 6:04.1.

The gold-medal triumph gives Musnicki a 2-for-2 record in Olympic competition. At her debut Olympics in 2012, held in London, she was part of the championship women’s eight contingent that posted a first-place time of 6:10.59.

Musnicki is a 2001 graduate of Canandaigua Academy, where she played basketball and soccer. She didn’t take up rowing until her freshman year at St. Lawrence University, but became an All-American after transferring to Ithaca College where she was part of the school’s NCAA national-championship teams in both her junior and senior years. Musnicki graduated from Ithaca in 2005 and although she was cut three times from the U.S. national team, she finally made the squad in 2010 and has since won numerous national and international titles.