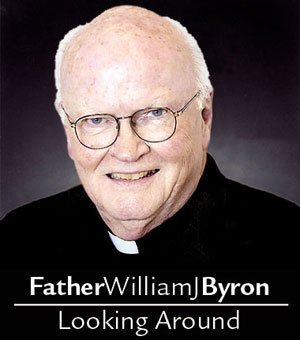 I tend to think of myself as a United Stater. Not that I’m un-American or not proud to be an American, but I think all who share the part of the planet where I live should be mindful of the fact that there are South Americans, Central Americans and some North Americans who, like Canadians, are not United Staters. We U.S. citizens hold no monopoly of ownership on the name "American."

United Stater sounds strange and is unlikely ever to catch on. But those of us who are New Yorkers don’t find that designation awkward or unusual. Similarly, by attaching an "n," "an," or "ian" to their home state’s name, Floridians, Californians, Iowans, Pennsylvanians, Ohioans, Oregonians, Washingtonians, Texans, Arizonans, Georgians, Dakotans (North and South), Virginians, Coloradans, New Mexicans, Minnesotans and so many others are easily identified under the big tent that is the USA.

It is more difficult for a few — e.g., citizens of Connecticut (Connecticutters?) — to self-identify; but all of us, as awkward as it may sound, are United Staters.

Several happenings have stimulated this line of thought in my mind: the election night blue and red divide on our television screens; the political dance up to and around the almost over the fiscal cliff; political gridlock in Washington and in many state capitols; the national mourning centered on Newtown, Conn., and the subsequent hand-wringing debates about gun control and the management of mental illness in the U.S.

We United Staters have to demonstrate that we are united on crucial public-policy issues, especially those that touch upon our local and national health and safety.

We don’t need uniform thinking. We do need well-reasoned debate and timely decision-making followed by a coming together of support for decisions made. I agree with the late Speaker of the House of Representatives, Sam Rayburn, who used to say that when two people always agree about everything, it only goes to show that one of them is doing all the thinking.

Eventually, however, after a lot of good thinking has helped to shape the policy, commitment is needed to support the outcome. That shows evidence of unity.

"Let’s agree to disagree" is a far better conclusion to an argument than a "my-way-or-the-highway" dismissal of an alternate point of view. Differences are always going to be part of life, and it is not just political life that is part of the picture here. This touches upon family life and religion, too. Just think of how important unity is to family and religious well-being.

The late French Jesuit theologian Father Henri de Lubac said something so well that I want to repeat it here. Note the applicability of his words to achieving national unity on important issues:

That kind of thinking could make United Staters of us all.