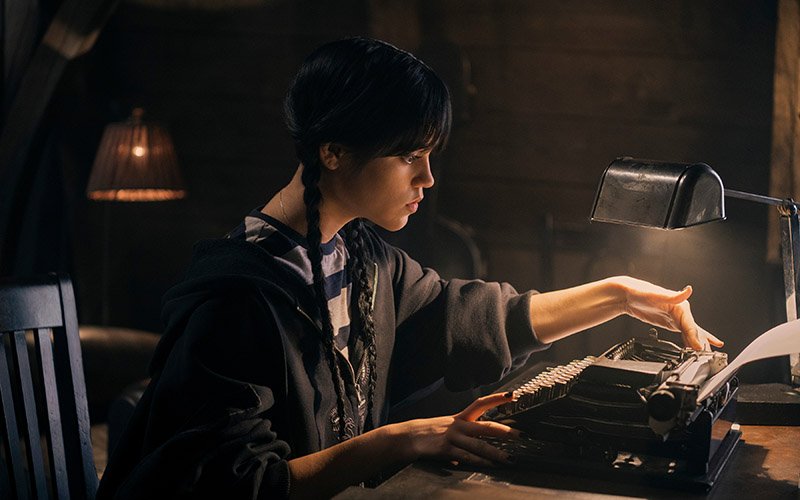 NEW YORK – The cartoons of Charles Addams (1912-1988) have cast a long and darkly humorous shadow. Collected in books and adapted to a wide variety of media, his work has proved to have a rich and enduringly popular legacy.

Thus, the mid-1960s saw the debut of the live-action ABC television show, “The Addams Family.” In the mid-’70s, an animated version aired briefly as Saturday-morning fare on NBC-TV. Twenty years after that, ABC took a shot at its own cartoon series, with John Astin, the network’s original Gomez Addams, now voicing the clan’s merrily morbid patriarch.

Around the same time, Barry Sonnenfeld directed two films – the eponymous original and the sequel “Addams Family Values” – that met with a mixed fate both at the box office and at the hands of critics.

Poor financial returns from the second movie left the future of the big-screen franchise in doubt. But any extension of it seems to have been stymied entirely by the premature death, in 1994, of Raul Julia, who had taken on Astin’s role.

More than 25 years elapsed before a duo of less-than-memorable animated features followed, both co-directed by Greg Tiernan and Conrad Vernon. Video games and a straight-to-DVD film are other entries in the canon.

Now, Tim Burton steps forward as director of “Wednesday,” a spin-off named for, and focused on, the comically macabre family’s daughter. All eight episodes of the series, which stars Jenna Ortega in the title role, are streaming on Netflix.

Given the affinity between Burton’s sensibility and Addams’, the creative combination would seem, at first blush, to be a promising one. Yet, despite impressive gothic atmospherics, a laser-intense performance from Ortega and the occasional witty exchange in the dialogue, a diffuse plot with too many competing storylines keeps the production from fully coalescing.

Both the tone of the show and its appropriate audience are indicated by the opening sequence. Out to avenge her bullied little brother Pugsley (Isaac Ordonez), whose persecutors are on their school’s swim team, Wednesday introduces piranha into the pool in which the loutish lads are practicing – with momentarily, but explicitly, gory consequences.

Taking Wednesday’s subsequent expulsion as an opportunity, her parents, Morticia (Catherine Zeta-Jones) and the aforementioned Gomez (Luis Guzmán), enroll her in their alma mater, Nevermore Academy. As might be guessed from the couple’s attendance there, Nevermore’s student body is made up of outcast oddballs.

Intent on escaping rather than fitting in, Wednesday is closely watched by Nevermore’s stately principal, Larissa Weems (Gwendoline Christie). She’s also annoyed by the cheerfulness of her new roommate, Enid Sinclair (Emma Myers), and by the smugness of Nevermore’s reigning queen bee, Bianca Barclay (Joy Sunday).

and the sense that showrunners and writers Alfred Gough and Miles Millar have thrown too many balls into the air at once becomes unmistakable. The excess of elements thwarts audience attention.

Though sexual content is absent from the first two installments reviewed, gruesome images and some crude expressions put the program strictly off-limits for kids. Mature teens, by contrast, may take these eerie and earthy ingredients more or less in stride. Like adults, however, they’ll probably find it difficult to stay focused on Wednesday’s overly disparate doings.

Formerly a staff member for Catholic News Service, John Mulderig has been reviewing visual media from a Catholic perspective for 15 years. His column is syndicated by Catholic Review Media