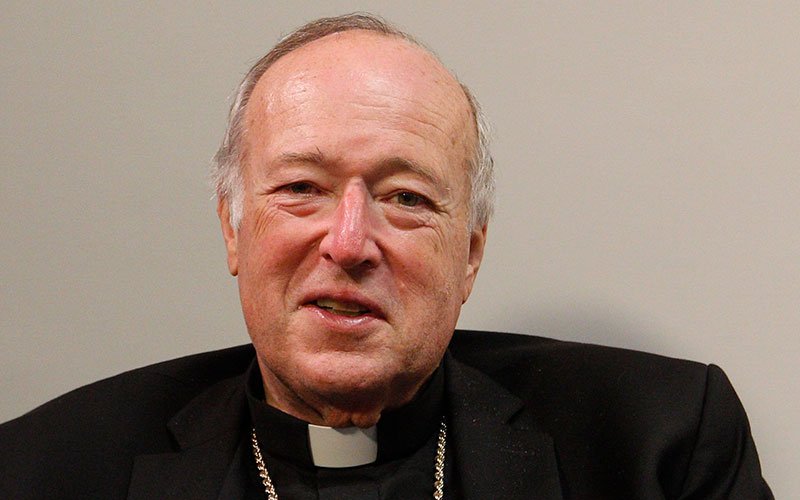 U.S. Cardinal Robert W. McElroy of San Diego is pictured at the Vatican press hall prior to a consistory for the creation of 20 new cardinals by Pope Francis at the Vatican Aug. 27, 2022. (CNS photo by Carol Glatz)

VATICAN CITY (CNS) — Becoming a member of the broad, unique body of the College of Cardinals is both a great honor and an invitation to help promote a renewal of the Catholic Church’s mission of evangelization, some new cardinals said.

With 20 newly created cardinals representing 16 countries, and with the entire college of 226 members representing more than 90 countries, some also said they see their elevation as a way to help their home dioceses better comprehend the universality of the Catholic Church.

Several hours before the ceremony for the creation of new cardinals at the Vatican Aug. 27, a handful of those named by Pope Francis spoke to Catholic News Service about how they see their new role as a cardinal.

U.S. Cardinal McElroy: “Build up unity within the universal church”

U.S. Cardinal Robert W. McElroy of San Diego said it gives him a chance to “build up unity within the universal church” and to point to the global nature of the church, “that we are not simply parochial, local churches, but we are part of a communion” that is worldwide.

When asked why he thought Pope Francis wanted the bishop of San Diego to become a cardinal, he said, on the one hand, “we are a border diocese. Fundamentally, our identity is a diocese of immigrants and on the border between Latin America and the United States, and those are issues that are greatly dear to the pope.”

Planting some seeds of pastoral renewal

On the other hand, he said, it may also be because the diocese has long been working to “plant some of the seeds of the pastoral renewal that Pope Francis has brought into the life of the church.”

For example, Cardinal McElroy said, the diocese has already held synods on marriage and family life, and on young adults; now, it is carrying out a three-year process on synodality.

“There is a great emphasis on inclusion and on understanding the work of the church as a field hospital,” that everyone “is wounded in various ways, everyone needs healing.” This image does not divide people into different groups, he said; instead, “it’s a journey in which we help one another and help one another to heal with God’s grace.”

The cardinal said it would be wrong to believe a pastoral approach of inclusion and a position of doctrinal rigor were in opposition to each other.

“Inclusion is part of Catholic doctrine” and the Gospel, he said. “This emphasis on reaching out to people at the margins is not something that people just came up with after the Second Vatican Council. It is in the call of Christ, it’s in the continuing work of the church and the message of the church.”

“An enormous honor” to be named a cardinal

English Cardinal Arthur Roche, prefect of the Dicastery for Divine Worship and the Sacraments, told CNS it was “unexpected” and “an enormous honor” to be named a cardinal.

Part of a cardinal’s role is to help advise the pope, he said. Working in the Roman Curia the past 10 years has given him “a very special insight into the work of the church,” which will be very important in offering the pope a broader view, he said.

With his work at the dicastery, first as secretary, then as prefect, “I have met every episcopal conference in the world, and you begin to build up a picture of what is important, what is problematic, where … there’s a need for greater assistance on our part to the bishops,” he said.

New cardinals who also work in the curia will “bring a different perspective, I think, which will be important,” Cardinal Roche said.

Being a cardinal is an invitation to love more

Another prefect, South Korean Cardinal Lazarus You Heung-sik of the Dicastery for Clergy, said he is not worthy of the elevation, but he said he feels it is an invitation for him “to love more” and increase that love specifically for the pope, the church, priests and laity.

Concern for the Amazon

Cardinal Leonardo Ulrich Steiner of Manaus, Brazil, said his elevation is a sign of Pope Francis’ tender concern for the Amazon and that he wants the “dreams” and guidance he outlined following the Synod of Bishops for the Amazon to become a reality.

The cardinal said the small tight-knit communities in the Amazon already live the kind of synodality and “fraternal relationships” the pope has been indicating for the entire church.

Lay people, priests and bishops have various gatherings, “and this synodal spirit is very much present. I hope to be able to help in this sense,” he said.

The youngest new cardinal, Italian Cardinal Giorgio Marengo, apostolic prefect of Ulaanbaatar, Mongolia, told CNS that even though he plans on learning from the more experienced members, he would like to share his perspective of serving a tiny Catholic minority.

There is a “strength and genuinity of the faith” in the men and women who are Catholic in parts of the world where the majority are Buddhist or follow another religious tradition, he said.

“It means that you are always asked to be able to answer, to give reasons for your faith. If you are in a country where being a Catholic is normal, maybe you are not so challenged,” he said.

“Christians in Asia and, in our case, Mongolia, usually develop a very deep sense of being able to explain, to give reason to their own choice, and I believe in today’s world this is needed.”