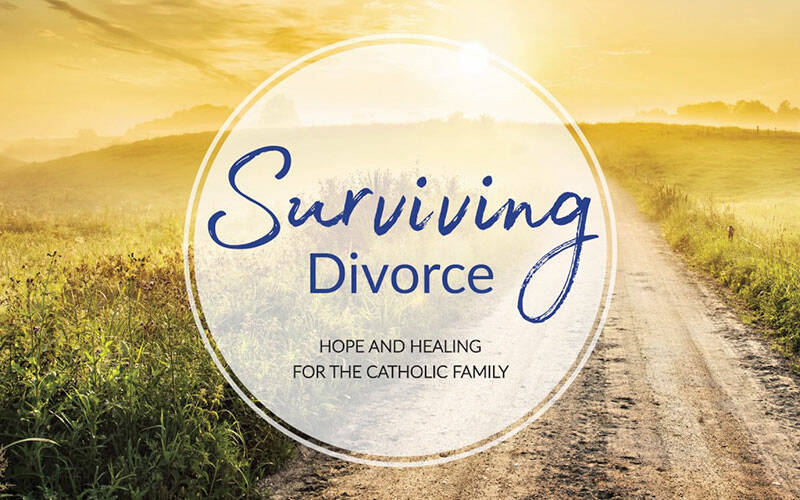 After going through divorce, some Catholics find themselves wondering if they’re still welcome in church, according to Sister Anne Saphara, OSF.

“They think, ‘Oh, I’m divorced. The church doesn’t want me anymore,’” said Sister Saphara, noting that nothing could be further from the truth.

Sister Saphara hopes a new Auburn-based ministry, called Surviving Divorce, will help combat these erroneous assumptions. What’s more, she hopes the program will bring peace and healing to those who participate in it.

The ministry is based on the Surviving Divorce series of video presentations produced by Ascension Press. These presentations cover such topics as grief, anger, forgiveness, financial issues, children, annulment and remarriage and include commentary from divorced Catholics as well as from Catholic priests, psychologists and theologians.

The local Surviving Divorce ministry’s meetings will take place twice a month in St. Mary’s parish hall, located in the basement of the church at 15 Clark St. in Auburn. At each meeting, participants will watch one of the 12 video presentations and then discuss what they saw in relation to their own experiences. Participants steer the direction of the discussions, said Sister Saphara, the ministry’s coordinator.

“I tell them, if we watch this video and you can’t relate to it, we’ll just talk on something else. I want to be flexible,” Sister Saphara said.

The ministry, which held its inaugural meeting Sept. 27, has two regular participants so far, and these two individuals have developed a camaraderie and shared stories relating to the video presentations, Sister Saphara said. She hopes the ministry will grow over time as more people learn about it through word of mouth and bulletin announcements in Cayuga County parishes.

The need for such a ministry is very real, noted Sister Saphara.

“Divorce has touched every family in America. It does touch people in one way or another. It could be a best friend, it could be a relative, it could be a coworker. It’s everywhere, and the church needs to be there for people,” said Sister Saphara, who was involved in a ministry for divorced and separated Catholics in the Diocese of Syracuse for several years before moving to Auburn.

People who participated in the ministry in Syracuse found healing, and it was easy to see the change in these individuals, particularly after participating in weekend retreats, she said. When Sister Saphara suggested creating a similar ministry based in Auburn, Carlo Stebbings embraced the idea. As director of faith formation for the clustered parishes of St. Mary and Sts. Mary and Martha in Auburn and Our Lady of the Snow Parish in northern Cayuga County, as well as Good Shepherd Catholic Community in southern Cayuga County, he was aware of a number of Catholic young people with divorced parents.

“I know that there is a need in Auburn and Cayuga County to minister and to bring healing to those who are dealing with this,” Stebbings said. “We don’t really talk about it in the church, and we shy away from it, but we shouldn’t. Everybody who’s struggling in any way, including those who are divorced, we need to meet them where they’re at and help them along that tough journey towards healing.”

Surviving Divorce is one of several ministries Auburn’s Catholic parishes offer in an attempt to answer Pope Francis’ 2013 call for the Catholic Church to be a “field hospital” where the spiritually wounded may find healing, Stebbings said. The clustered parishes of St. Mary, Sts. Mary and Martha and Our Lady of the Snow also offer a GriefShare group, which is a weekly seminar and support group for those grieving the loss of a loved one, as well as the Blessed Solanus Casey Doorway Ministry, which is led by a licensed mental-health counselor and helps individuals with everything from family or couple concerns and mental-health issues to financial concerns and spiritual questions.

“We’re here to help you and to bring healing in our lives,” Stebbings said of the parishes’ field-hospital approach. “The hope is really to build this out to meet the needs of the whole human person.”

Although Surviving Divorce is hosted by a Catholic parish and led by a Franciscan sister, it is open to all, regardless of religious affiliation.

“It’s open to every single person in Auburn and Cayuga County and the surrounding counties,” Stebbings said.