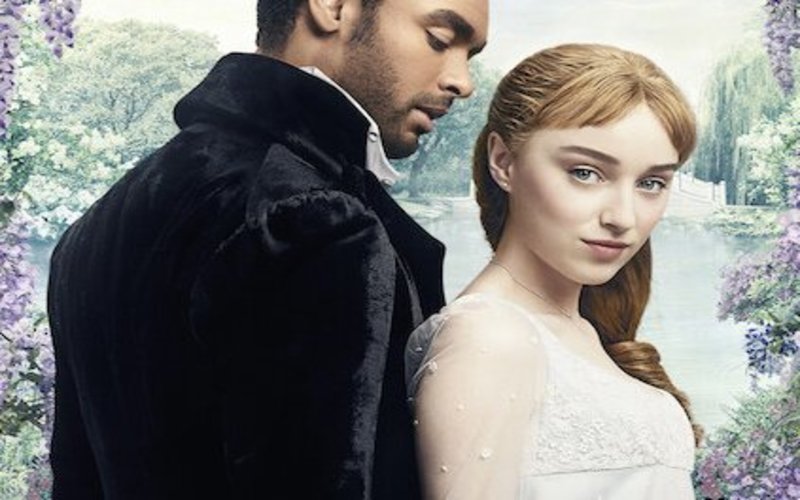 But viewers of taste, take care: Although the series is set in aristocratic London during the Regency period of the early 1800s, Jane Austen this is not. As for “Downton,” its refinement and overall wholesomeness are noticeably lacking.

In fact, “Bridgerton” is at heart a trashy soap opera gussied up with crinolines and waistcoats and displaying little interest in historical accuracy. A large and diverse cast negotiates a dizzying array of story lines in a show that features explicit sexual activity, aberrant behavior, nudity and obscene language, among other problematic ingredients.

Based on the series of historical novels by Julia Quinn, “Bridgerton” is — perhaps surprisingly — in part the creation of Shonda Rhimes, best known for gritty contemporary dramas like “Grey’s Anatomy,” “Scandal” and “How to Get Away with Murder.” The showrunner is Rhimes’ longtime collaborator Chris Van Dusen.

Four formidable matriarchs anchor the series. At the top of the social pyramid is Queen Charlotte (Golda Rosheuvel), a fictional version of King George III’s real-life spouse. She revels in gossip while pulling all the strings. The queen has an ally in Lady Danbury (Adjoa Andoh), who has raised the most eligible bachelor in town, the roguish Simon, Duke of Hastings (Rege-Jean Page).

Her neighbor, the devious Lady Portia Featherington (Polly Walker), has three homely daughters and thus fewer cards to play. But the arrival of a distant cousin, the exotic Marina (Ruby Barker), offers fresh hope, although Marina harbors a dark secret.

Tying “Bridgerton” together is the (unseen) narrator, Lady Whistledown (the mellifluous voice of Julie Andrews). She pens a weekly pamphlet chronicling the social scene and documenting the latest scandals. A mention in print by this mysterious scribe can make or break a reputation.

“Bridgerton” opens at the beginning of the 1813 social season, a series of balls and other gatherings where matches are made. The competition is fierce as, in the words of Lady Whistledown, “titled, chaste and innocent” young ladies seek to avoid “the dreadful condition known as the spinster.”

After the queen proclaims Daphne the foremost debutante, a slew of potential suitors competes for her affections. But all are rejected by her brother Anthony (Jonathan Bailey), a viscount who, as head of the family, must sign off on any arrangement.

In frustration, Daphne approaches Simon with a mutually advantageous scheme: They will pretend to be courting. For Simon, who is intent on evading marriage (a red flag in any soap opera), this will serve to disperse the legion of ladies hoping to catch his eye. It also will make Daphne even more enticing, expanding her pool of potential mates.

The course of true love never runs smooth, and “Bridgerton” barrels down a predictable path, striking blows for womanhood along the way. A better title for this bawdy escapist fluff might be “How to Get Away with Marrying.”