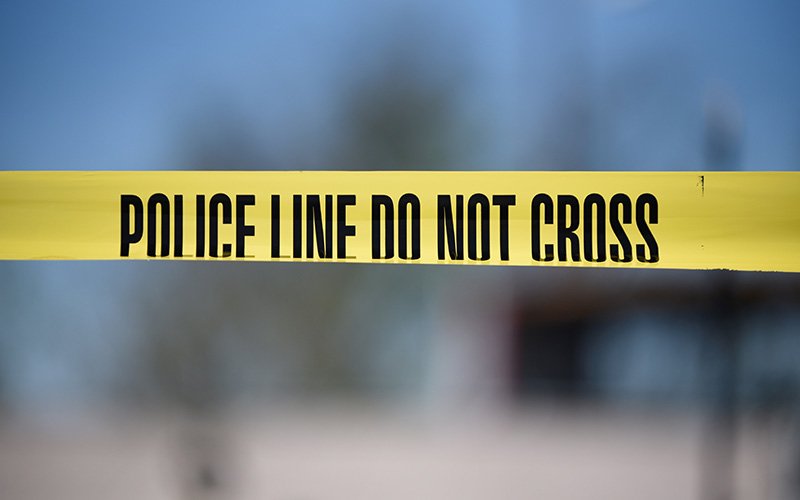 Crime scene tape is seen in this file photo. New Orleans Archbishop Gregory M. Aymond issued a statement Nov. 30, 2022, following what are believed to be two homicides in his archdiocese, one a retired priest. (CNS photo/Sergio Flores, Reuters)

WASHINGTON (CNS) — The head of the Archdiocese of New Orleans spoke of horror and pain in a Nov. 30 statement, following what police believe is the killing of a retired priest and possibly a church worker in the archdiocese.

“The horror of the events that have unfolded here in Covington is beyond shocking,” wrote Archbishop Gregory M. Aymond in the statement posted on the website of the archdiocese after local police confirmed that one of two burned bodies found Nov. 28 is that of retired priest Father Otis Young, of St. Peter Catholic Church in Covington, a suburb of New Orleans.

“Let us continue to pray for the repose of the soul of Fr. Otis and for Ruth Prats who remains missing, and for both their families and all who are suffering,” the archbishop wrote.

Authorities are working on identifying the second body, which many in the archdiocese believe could be Prats, who helped care for the priest.

The coroner said the bodies — discovered burned behind a building a day after the priest and Prats went missing Nov. 27 — had signs of blunt and sharp force trauma. The victims are being identified by DNA testing.

Hundreds showed up to Holy Hour Nov. 28 at the Covington parish after hearing news that two bodies were discovered, knowing that the priest and his helper were missing.

“Today as we await confirmation of the second victim, I offer my prayers for both victims of this heinous crime,” the archbishop said in his statement.

“In a particular way we prayerfully remember Fr. Otis, a beloved pastor who touched the lives of so many with his faith, warmth, and pastoral heart. This is a loss for our church and for the entire community.”

Archbishop Aymond also said that for all “who are hurting and asking how this could happen, may I humbly offer that we turn to our Lord Jesus in this time of mourning.”