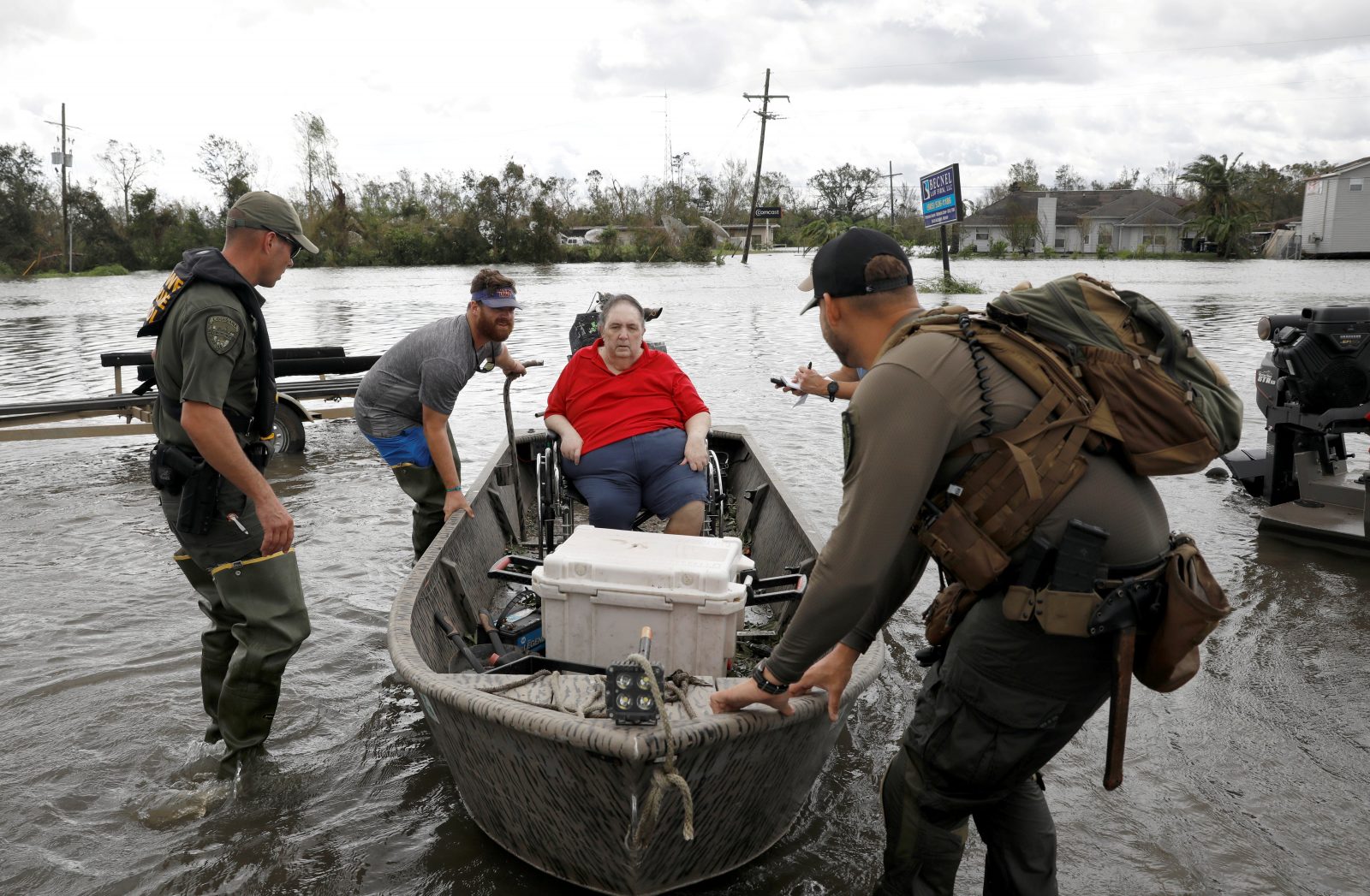 NEW ORLEANS (CNS) — With most of South Louisiana cut off from electrical power due to the 150-mph winds of Hurricane Ida, the Archdiocese of New Orleans announced Aug. 30 that all schools, along with its main administrative offices, would remain closed until at least Labor Day, Sept. 6.

On the 16th anniversary of Hurricane Katrina, which inundated 200,00 homes in New Orleans due to the failure of several flood-protection levees, Ida slammed into South Louisiana Aug. 29 at Port Fourchon as a high Category 4 hurricane.

Damage assessments still were being made, and New Orleans Archbishop Gregory M. Aymond said he was trying to contact pastors and principals — and dealing with spotty cellphone service — in his attempt to determine the extent of the damage.

“We don’t have an assessment at this point,” said Archbishop Aymond, from his residence adjacent to Notre Dame Seminary. “It’s going to take us a day at least to find out what’s going on.”

Initial news reports indicated there was heavy flooding in the LaPlace area north and west of the city, including reports of residents in one LaPlace neighborhood who had to retreat to their attics for safety.

At a Mass at St. Louis Cathedral on Aug. 29 — the 16th anniversary of Katrina in 2005 — Archbishop Aymond departed from the assigned readings to preach instead on the Gospel of Mark in which Jesus calmed the storm on the Sea of Galilee.

“My sisters and brothers, you and I ask a question today, ‘Would he not do the same for us?’ And the answer is, of course, yes,” the archbishop said. “Just as he took care of the apostles and those disciples in the time of great tragedy and the time of difficulty, it is the same Lord Jesus who always promises to walk with us in the storms of life and the hurricanes of life, in the COVIDs of life and whatever it is that we face in our own families — illness, death, great tragedies.”

The archdiocese announced that all on-campus and virtual learning at its 74 elementary and high schools would be postponed until at least Sept. 6 and that archdiocesan and school leaders will spend the next week assessing damage and planning.

“We had leaks throughout the facilities, but structurally, the integrity of the building was not compromised,” Deacon Tully said. “Obviously, we have branches and debris everywhere. We’ve had no deaths. We’ve had to take no one to the hospital in any of our facilities. We are sheltering in place. We have food for a minimum of seven days. We have fuel for oxygen generators for at least seven days.”

Parts of a building peeled off at Chateau de Notre Dame, and a canopy protecting an entrance to the apartment side was ripped off.

Wynhoven Nursing Home lost its air conditioning, and Deacon Tully said Entergy officials were aware of the situation and had placed a top priority restoring power for the AC unit.

“Staffing is a major challenge,” he said. “Our staff is getting extremely tired. They’re working 16, 20 hours a day to take care of people and feed people.”

Deacon Dennis Adams, executive director of Christopher Homes, the archdiocesan affordable housing ministry, said water had intruded into the front entrance of Place du Bourg in LaPlace, which had been blown out by the storm.

He also reported that high winds had damaged the metal roof of a 40-apartment building at Rouquette Lodge in Mandeville.

Even though St. Francis Xavier Church in Metairie lost power during Ida’s landfall Aug. 29, it became an emergency overnight shelter for 34 residents of the seven-story Metairie Towers apartment building across the street. The apartment building’s roof was peeled off.

Jeff Entiwsle, chief financial officer for the archdiocese, said because of widespread power outages, he had received only one specific report of damage — at St. Anselm Parish in Madisonville, north of Lake Pontchartrain.

“But remember, nobody’s got power, so they really can’t do much of anything (in reporting damage),” Entwisle said.