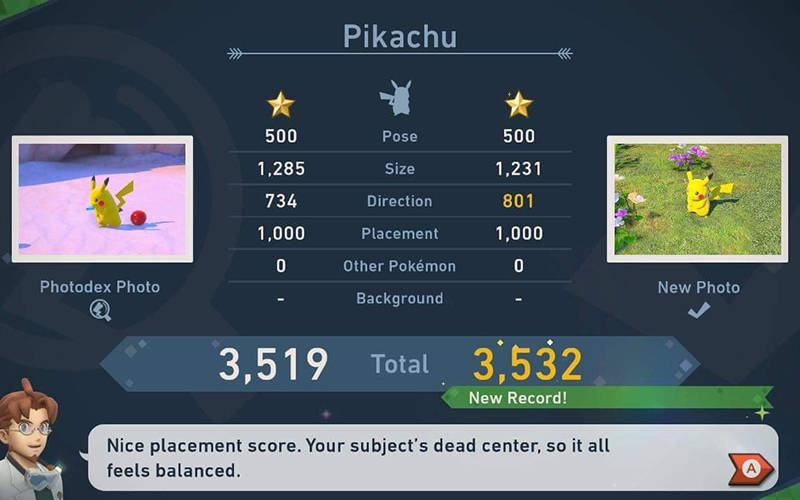 This is a scene from the video game “New Pokemon Snap.” The Catholic News Service classification is A-I — general patronage. The Entertainment Software Rating Board rating is E — everyone. (CNS photo by Nintendo)

NEW YORK (CNS) — The Pokemon Universe, an imaginary realm within which gamers are challenged to collect — and sometimes train — a vast assortment of fictional creatures, is the most profitable media franchise of all time.

“New Pokemon Snap,” a family-friendly sequel to one of the first spinoffs from the sprawling empire’s video games, delivers nostalgia with a modern twist.

In this iteration, the player is a photographer tasked with assisting Professor Mirror, a scientist researching a strange luminescence on Pokemon called the Illumina Effect. Todd, the main character from the first game, makes a comeback as a professional lensman who also acts as a mentor.

The completist goal is to document every Pokemon in the Lental Region within which the action is set. Players venture out to get their shots from the safety of a spherical hovercraft called the Neo-One. Lush environments abounding in vivid details are packed with varied Pokemon, many of them hidden behind higher levels or secret routes.

As a first-person rail shooter where player movement is limited to pointing the camera, “New Pokemon Snap” can seem boring to the uninitiated. But it is, in fact, quite challenging since gamers must memorize behavioral patterns and established pathways to achieve the best score. The pace, by contrast, is fairly relaxed and replay easy.

The mechanics, however, are a little too leisurely. As a result, gameplay sometimes feels plodding. Motion controls, moreover, although active are unreliable. Fortunately, these can be turned off from the settings menu.

Despite its flaws, this latest addition to the world of Pokemon offers players a calm yet entertaining experience. It’s also a suitable choice for gamers of any age.