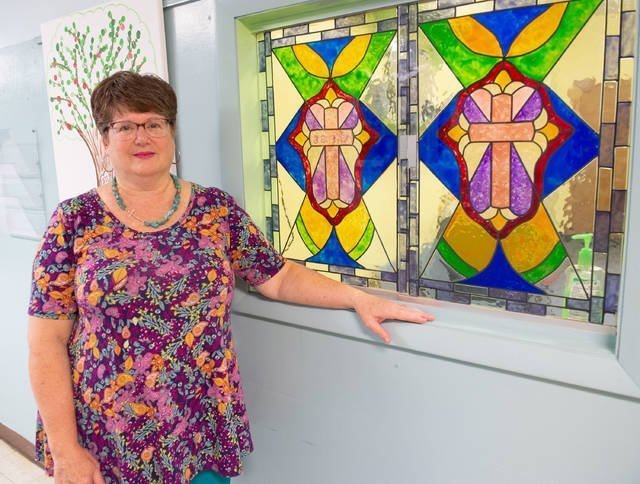 Lorraine Williams has only been the principal at St. Francis-St. Stephen School for a few weeks, yet she’s not exactly a new face at the Geneva school.

Williams had applied for an open principal position at the school during the summer of 2014 but didn’t get the job.

“God had different plans,” Williams remarked during a mid-September interview with the Catholic Courier.

“When I was sent here from the public-school district I just thought, ‘Oh, my goodness, God wants me here,’” Williams recalled.

When she learned that St. Francis-St. Stephen would again be seeking a new principal after the 2018-19 school year, Williams decided to throw her hat in the ring again. The outcome was much different this time, and Williams currently is getting settled into her new role in a familiar place.

“This is my sixth year at St. Francis-St. Stephen but my first year in this capacity,” Williams said.

William’s career in education began more than 30 years ago when she began caring for the children of employees at a local ski resort. Williams, whose own two children were young at the time, turned what began as a baby-sitting service into a child-care center at Bristol Mountain Ski Resort, she said.

“I actually wrote a proposal and had the state come in and inspect it, and I turned it into a day care,” she recalled.

Williams later volunteered at St. Michael School in Penn Yan in a variety of capacities in exchange for discounted tuition for her children.

When she wasn’t volunteering, Williams took substitute-teaching jobs at schools in the area. When her children finished their years at St. Michael School and enrolled in the Dundee Central School District, Williams followed them and was hired as a teaching assistant for the district.

“Then, after five years of being a T.A., the principal said, ‘What are you doing? Go get your certification,’” Williams said. “So at 39 years old I went back to college.”

In 2009, she became a special-education teacher at the Hillside Children’s Center’s Varick Residential Treatment Campus, which she left three years later after sustaining a shoulder injury on the job. She looked into opening a school for children with disabilities rooted in anxiety, but ultimately was unable to gain New York state’s approval to do so.

Her next move, to the Geneva City School District, ultimately led her to St. Francis-St. Stephen School, where she felt like she’d found her niche. Her role as a special-education teacher in the school allowed her the flexibility to meet various needs that came up throughout the course of each school year.

“I found myself always trying to fill the gaps because I’m the extra person in the room when I’m a special-ed teacher, and so whenever something arose I filled in, and so I just felt like I was already helping in a leadership role,” Williams said.

Filling in the gaps is still a big part of Williams’ job, she said.

“Yesterday I had to sub for the science teacher,” she remarked. “I like to be in the classroom. I try not to sit at my desk much. The teachers know. They text me or call me, and I just run to them.”

Williams’ faculty and staff at St. Francis-St. Stephen also work together and go the extra mile to fill in any gaps they see at the school , she said, noting that one of her goals as principal is to spread awareness of all the Geneva school has to offer.