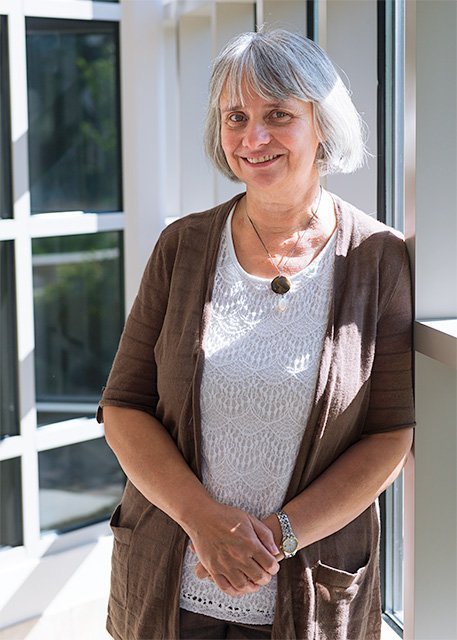 Although Mary Mantelli was aware last school year of the ongoing search to fill the principal’s position at St. Francis-St. Stephen School, it didn’t immediately occur to her that she might be a worthy candidate.

"While I had planned to pursue post-graduate studies in the near future, being a school principal was not something I had aspired to," she remarked.

Others, however, were quick to see the potential fit.

"Several of my colleagues, friends and family members suggested that I should apply for the job myself," noted Mantelli, who has spent the past three years teaching fifth grade as well as middle-school social studies at the Geneva school.

The clinching conversation came when St. Francis-St. Stephen’s longtime principal, Elaine Morrow, encouraged Mantelli to apply as well. At that point, she said, "It occurred to me that perhaps this was part of God’s plan for me and for the school. I promised to give the suggestion serious consideration. After much self-reflection and long discussions with my very supportive husband, I decided to throw my hat into the ring."

Mantelli not only applied for the St. Francis-St. Stephen position, she got it — and thus, she began July 1 as principal of the prekindergarten through grade 8 school. She succeeds Morrow, who had filled the spot on an interim basis in 2014-15 following the departure of Stephen Tartaglia, who headed the school in 2012-13 and 2013-14. Morrow also was St. Francis-St. Stephen’s principal for 23 years before her retirement in 2012.

"I was honored to be selected for the position, and I am so appreciative of the warm reception I have received from our school community," Mantelli said. "I am confident that I am able to take on this new role."

"I have been firmly committed to Catholic education since my husband and I chose Catholic school for our own children," she said.

Mantelli has taught in Catholic schools in the Diocese of Rochester for 11 years. Prior to St. Francis-St. Stephen, she taught at St. Mary School, Waterloo; St. John Bosco, Seneca Falls; and Immaculate Conception, Ithaca. She noted that she seasoned herself for the new principal’s position during her time at Immaculate Conception in Ithaca by serving as teacher in charge, making presentations at faculty meetings, running parenting and curriculum nights, and serving as social studies coordinator for the building. She added that she has been a mentor to five new teachers over the past four years; worked for Hobart and William Smith Colleges as a cooperating teacher hosting student teachers in her classrooms; and been active in anti-bullying initiatives at St. Francis-St. Stephen.

"All of these experiences will be very helpful as I assume my new responsibilities here," she said.

Calling St. Francis-St. Stephen "a vibrant and thriving school," Mantelli noted the importance of having Catholic education in the local community.

"I have come to value our school as a unique, caring community of students, parents, faculty and staff. We provide a vital service to Our Lady of Peace Parish, as well as to the several area parishes we serve and to the city of Geneva," she said.

Mantelli added that in the coming years, St. Francis-St. Stephen "will continue to do what our Catholic schools have long done so well." This includes offering a faith-based education promoting Christian values and Catholic social teaching; high academic standards for students; helping develop good citizenship; and providing a safe and equitable learning environment.

"I firmly believe this is why parents choose Catholic education for their children," Mantelli said, adding that she also will place a priority on professional development for faculty members.

St. Francis-St. Stephen, located at 17 Elmwood Ave. in Geneva, is one of two Catholic elementary/middle schools in Ontario County. The other is St. Mary in Canandaigua.