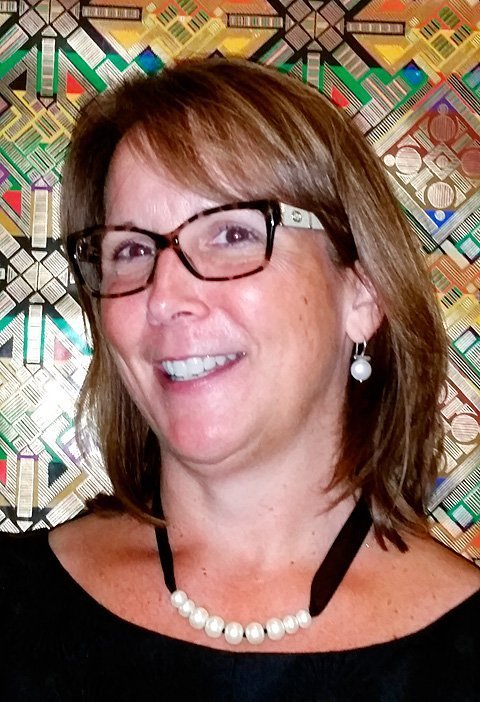 The month of September passed in a flurry of activity for Mary Szlosek, who recently replaced Linda Moll as principal at Seton Catholic School in Brighton.

"It’s been a great whirlwind, but it has been a whirlwind," remarked Szlosek, who said she was impressed by the warm welcome she received from the Seton school community. "The community has just embraced me. It’s just a very caring community."

Many parents introduced themselves to Szlosek during the first few days of the new academic year, she said, and she soon learned the families in the school community are quick to show their support both for their children as well as for the school’s faculty and staff. Although she’s only been at Seton a few weeks, Szlosek said she’s already witnessed a number of school families reaching out and supporting fellow families facing difficult situations.

"People just embrace everyone, whether they know you or not," she added.

This caring, close-knit environment is exactly what the new principal hoped she’d find at Seton. Szlosek grew up in Honeoye Falls, where she enjoyed the village’s small-town feel and the way most residents knew each other.

"I think that’s really powerful and really helps ground kids and nurture them," she said. "I wanted to be in a smaller setting, somewhere I could know the kids and know the families. That’s why I went into education, to focus on the kids."

Szlosek, who graduated from Our Lady of Mercy High School in Rochester, has been an educator for nearly 30 years. She earned her bachelor’s degree at St. Mary’s College in Notre Dame, Ind., and master’s degree and certificate in educational administration from SUNY Geneseo and SUNY Brockport, respectively. She worked for 14 years in the Livonia Central School District as a fifth- and sixth-grade teacher and director of English language arts. She then spent 13 years with the Victor Central School District, where she served in a variety of roles including director of English language arts for K-8, director of early childhood education, assistant principal and principal.

"I want to build on the sense of community and sense of faith here while continuing to provide excellence in academics," Szlosek explained. "Certainly I would love to see the community grow and thrive in these challenging times in Catholic education. I think Seton is pretty solid, but truly I want to see us grow and thrive even more, and you do that by building a community that’s based on faith."

Szlosek was happy to find that Seton’s teachers share her passion for education and for the children they teach. Those students, she added, come to the Brighton school from neighborhoods that are many and varied.

"What I love about Seton is it draws kids from many, many different places, and I think that brings an interesting dynamic. We do have a diverse population," she said.

No matter where Seton’s students come from, the school has much to offer them, Szlosek said. The school has fully equipped science and computer labs, a foreign-language program for its preschoolers, and provides access to piano, guitar and ukulele lessons. The school has clubs for students interested in drama, chess, board games, ballroom dancing, Legos, or science, technology, engineering and math, as well as a "phenomenal" slate of athletic opportunities, she said.

"We have running club. We have soccer, we have basketball. The opportunities for the kids here at the elementary level are phenomenal. I have not seen a public school that has the amount of extracurricular activities that we do," Szlosek said.