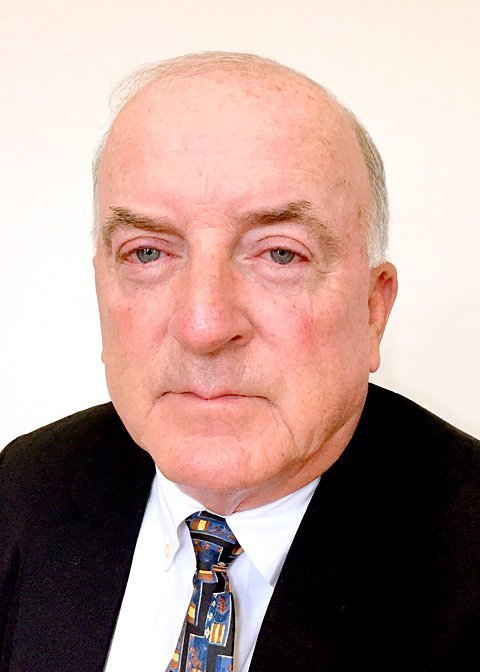 St. Michael School in Penn Yan has a new principal this year, but its new leader is hardly a stranger to the school.

"I live on Keuka Lake, 10 minutes from the school. I was very familiar with the school," Thomas Flood explained.

Flood also knew many of the students, faculty and staff because he’d served as a substitute teacher at the school for several years prior to his appointment as principal. He replaced James Toner, who had been principal since 2012, and said he was eager to begin his new role as head of a respected and long-standing pillar of the Penn Yan community.

"St. Michael School is 133 years old, and we have a lot of community tradition. That makes it a very special place in Penn Yan," Flood said. "St. Michael is a great place. It’s more than a school. It’s really a family within Penn Yan."

Flood has been an educator for more than 40 years, although he originally pursued a career in computer programming, a career path that turned out to be short lived.

"I hated it," Flood recalled. "I’d always wanted to teach, to coach. I went back to college and got my certificate."

Armed with a bachelor’s degree in health and physical education from Findlay University in Ohio and a master’s of education in administration from St. Bonaventure University in Olean, Flood entered the field of education. He served in the Honeoye Falls-Lima School District for more than 30 years, holding a variety of different roles during that three-decade span. Flood, who said he always has loved the world of sports, served for many years as the district’s athletic director and simultaneously coached Honeoye Falls-Lima’s men’s basketball team. He also taught in the district and occasionally held interim principal and vice principal positions at the district’s elementary and high schools.

After retiring from Honeoye Falls-Lima in 2004, Flood taught sports management at Keuka College for several years. He also coached the college’s men’s basketball and golf teams.

Flood said he’s excited about helping St. Michael continue its tradition of providing quality Catholic education to students in Penn Yan and the surrounding communities. One of his goals is to increase enrollment at the school, which currently has approximately 85 students in pre-k through fifth grade.

"In many schools, public and parochial, that’s a struggle a little bit today. We’re all fighting that, but increasing that enrollment is a big goal for me," he said.

Flood said he is confident St. Michael can overcome its struggles with enrollment and continue to shine as a jewel in the community.

"It’s a great tradition," he said. "It’s been here many years, and there’s got to be some good things happening, otherwise it wouldn’t have lasted."

One of those good things, he said, is the school’s upcoming Turkey Trot 5K race, a school fundraiser that has been held each Thanksgiving morning since 2012. The school community also is gearing up for its Autumn Dinner Circle, which is another longstanding St. Michael tradition, he said. During this fundraiser, individuals who make donations to the school in return receive an invitation to the home of a St. Michael School family. That family cooks a "pretty extravagant dinner" and serves it to the donor, Flood said. This fundraiser is quite popular with locals as well as donors from outside the Penn Yan community, he noted.

"October is a beautiful time of the year to come down. They could have dinner at one of the homes and go look at leaves the same day," Flood remarked.

EDITOR’S NOTE: For more information about the Turkey Trot or Autumn Dinner Circle, contact St. Michael School at 315-536-6112 or visit the school’s website at stmichaelschoolpy.com.