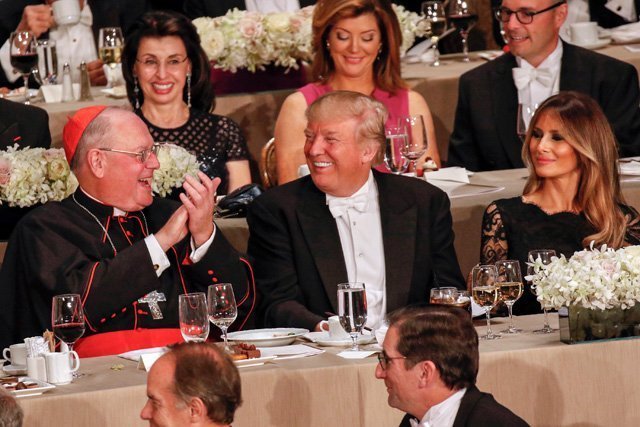 "I am honored to have been asked to offer a reading from Scripture at the upcoming presidential inauguration, and look forward to asking almighty God to inspire and guide our new president and to continue to bless our great nation," Cardinal Dolan said in an email to Catholic News Service.

Trump, a lifelong New Yorker, will be sworn in as the 45th president of the United States Jan. 20.

According to the president-elect’s inaugural committee, other faith leaders who are scheduled to be present include the Rev. Samuel Rodriguez of the National Hispanic Christian Leadership Conference; Paula White of New Destiny Christian Center; Rabbi Marvin Hier, dean and founder of the Simon Wiesenthal Center; the Rev. Franklin Graham of Samaritan’s Purse and the Billy Graham Evangelistic Association; and Bishop Wayne T. Jackson of Great Faith Ministries International.