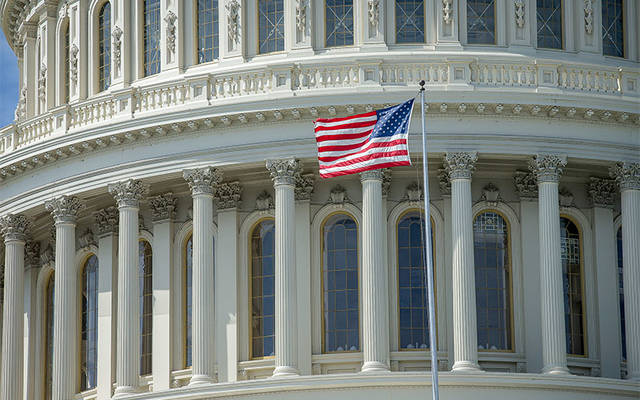 The U.S. Capitol is seen in Washington in 2017. In light of the federal repeal of some portions of the Affordable Care Act, New York officials are fighting to protect the state’s most vulnerable residents. (CNS photo by Tyler Orsburn)

New York officials are fighting changes to the Affordable Care Act, which they say will allow insurance companies to make huge profits at the expense of the state’s most vulnerable populations.

Gov. Andrew Cuomo has directed the Department of Financial Services to strictly enforce the state’s insurance laws regarding appropriate premium rate levels and to reject attempts by health insurance companies to “opportunistically profit” from such ACA changes as the federal repeal of the individual mandate.

According to a June 1 statement from Maria T. Vullo, superintendent of the state’s Department of Financial Services, insurers’ proposals for higher 2019 rates largely are the product of the elimination of the ACA’s individual-mandate provision, which had imposed a financial penalty upon individuals who chose not to buy health insurance.

The mandate ensured healthier insurance pools, according to Vullo, who noted in her letter that insurance companies say about half of the requested rate increases are a direct result of the congressional repeal of the mandate.

All but one insurer in the state’s individual health-insurance market asked Vullo’s department for rate increases for 2019, according to information at www.dfs.ny.gov. Of those insurers, Fidelis Care — which was founded by New York’s Catholic bishops in 1993 and recently was acquired by the for-profit company Centene — has proposed the largest increase at 38.6 percent, according to www.dfs.ny.gov.

In light of the federal changes, the state is taking several steps to protect residents’ access to high-quality health care, including the following provisions:

‚Ä¢ Barring insurance companies from discriminating against state residents with pre-existing conditions or on the basis of age or gender.

Candice Lucas, the new executive director of the St. Joseph’s Neighborhood Center in Rochester, observed that New York residents are fortunate to have state officials who are fighting to provide some of the best health insurance options available. The center provides medical and other services to local residents who have no insurance or are underinsured.

Staff at St. Joseph’s Center, which provides medical and other services to local residence who lack insurance or are underinsured, are now also gearing up to help those negatively affected by the federal changes, which go into effect Jan. 1, 2019, Lucas said.

“We are also concerned ‚Ä¶ that the individual mandate has been repealed,” she said. “Many people know there’s no penalty for not having insurance (and) may choose not to purchase it at all. ‚Ä¶ Even with Affordable Care Act in place with all its provisions, there were still thousands of people left out and not being able to afford insurance to begin with.”

While the ACA may not have been the best fit for all, it did reduce the center’s uninsured/underinsured patient population by 25 percent, Lucas said.

“Our goal is to not be needed at some point so people get the care, assistance and navigation they need from primary care health (providers),” she said.