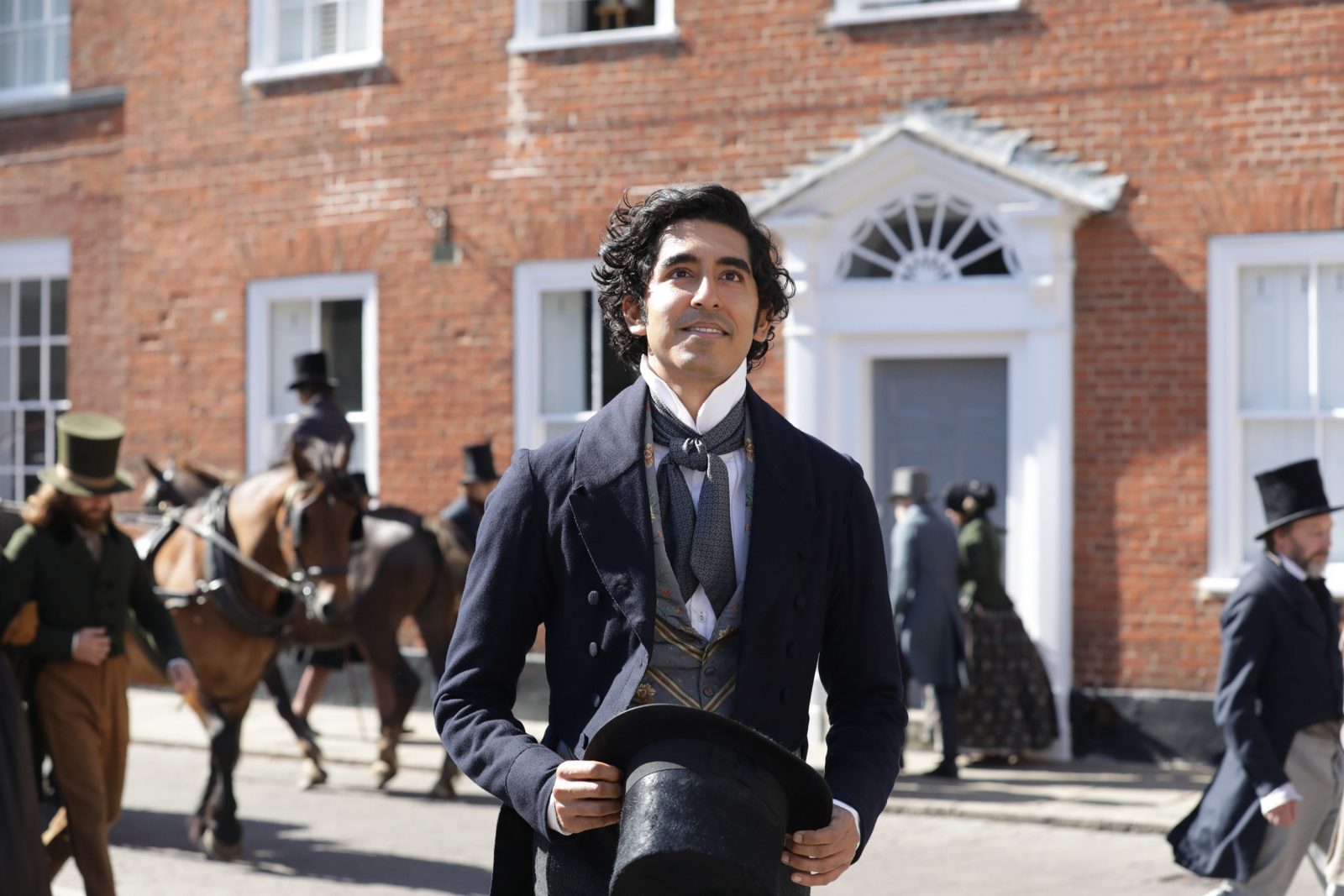 Dev Patel stars in a scene from the 2020 film "The Personal History of David Copperfield." CNS photo by Dean Rogers/courtesy Twentieth Century Fox)

NEW YORK (CNS) — Of the numerous film adaptations of Charles Dickens’ autobiographical 1850 novel, “The Personal History of David Copperfield” (Fox Searchlight) may rank as the happiest.

As directed by Armando Iannucci, who adapted the screenplay with Simon Blackwell, the movie finds Copperfield (Ranveer Jaiswal and Jairaj Varsani as a boy, Dev Patel as a man) facing life’s challenges, which include child labor, rocky romances, financial instability and duplicitous colleagues, with a hero’s grace and the joy of a secular saint.

The story has endured through 160 years in part because one character — the duplicitous Uriah Heep (Ben Whishaw), an obsequious office toady with secret malice toward all — is a type all too frequently found in the modern workplace.

Real life probably doesn’t hold many individuals like addlepated Dora Spenlow (Morfydd Clark), a Copperfield love interest who pretends her dog can talk. But everyone has encountered Uriah, who craves affection and respectability even though he doesn’t know how to get it — or how to free himself of larcenous intent.

Uriah masks his cunning with an absurd excess of false self-effacement. Thus, at one point, he asks Copperfield, “Are you worried humbleness is an infectious disease?”

The screenplay, while cutting out several of the novel’s minor characters and subplots, hews closely to its outline. It also includes several surprising moments of dry humor, as if to remind the viewer that just because a plot point is predictable, that’s no reason not to enjoy this journey.

The film’s multi-ethnic casting emphasizes the point that stories about human survival and ambition are universal. And no amount of hammy performances — for which Copperfield’s story provides abundant opportunities — diminishes that.

Copperfield finds true maternal love in childhood with devoted family servant Peggotty (Daisy May Cooper). Her family’s seaside abode — a converted ship that has become a justly celebrated element of the tale — is a place of refuge and emotional honesty to which David knows he can always return.

His cruel stepfather, Edward Murdstone (Darren Boyd), the owner of a bottle factory that employs child workers, banishes Copperfield to a life of toil there. David, of course, finds a way of breaking out, and into a surprisingly benign life living on the margins with the perpetually indebted Mr. Micawber (Peter Capaldi).

London, Micawber tells him, has “more wickedness than any city in the world.” But he says this in the manner of someone giving the lay of the land and not as a forecaster of doom.

Micawber is the first of Copperfield’s mentors. He shows David that wealth does not translate into moral justice and that ambition sometimes entails hustling.

With little formal education, Copperfield often has trouble learning. But his habit of scribbling down the events of his life on scraps of paper, plus a knack for storytelling, leads him and others to believe he has a writing talent worth nurturing. His fans include the snobbish James Steerforth (Aneurin Barnard), who emerges as the most stalwart of friends, and the even more devoted Agnes Wickfield (Rosalind Eleazar).

Dickens’ nuanced portrayal of the latter — who is convinced that the thoughts of the beheaded King Charles I are now lodged in his own brain — sends the message that mental illness can be the result of a battered life and should not be regarded as a moral failing.

The obvious alcoholism of Aunt Betsey’s lawyer, and Agnes’ father, Mr. Wickfield (Benedict Wong), is played for comedy. But he, too, eventually emerges as a sympathetic victim of Heep’s perfidy.

Films with large casts based on 19th-century literature can sometimes leave the audience feeling lost and yearning for both a syllabus and study guide. But this version of “David Copperfield,” like Greta Gerwig’s 2019 adaption of “Little Women,” is meant to show that these characters still have a great deal to say to modern viewers.

A century-and-a-half on, Dickens’ sense of morality and belief that pure unselfish love and loyalty sustain lives remain unscathed by time.

The film contains mature themes, including mental illness, alcoholism and poverty. The Catholic News Service classification is A-II — adults and adolescents. The Motion Picture Association rating is PG — parental guidance suggested. Some material may not be suitable for children.