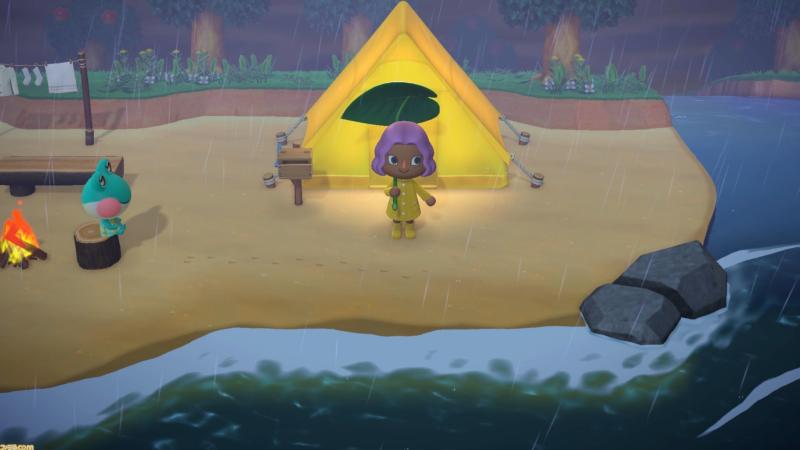 This is a scene from the video game "Animal Crossing: New Horizons." The Catholic News Service classification is A-I -- general patronage. The Entertainment Software Rating Board rating is E -- everyone. (CNS by Nintendo)

NEW YORK (CNS) — One of the more endearing sagas from the Nintendo family has a new addition in “Animal Crossing: New Horizons.”

The game, the fifth installment in the popular social simulation adventure series originally launched in 2001, is a kid-friendly title to which adults will also flock.

Gameplay is set on an island and starts off with the human character controlled by the player being given a tent and a loan by entrepreneur raccoon Tom Nook. Like Tom, all the other characters the protagonist encounters are anthropomorphized animals.

As with the other games in the franchise, there’s no linear story line. Instead, gamers must accomplish a series of small tasks.

The island functions in real time, based on the clock settings in the Nintendo Switch itself. This means that players must wait for in-game activities to complete, such as for a house to finish being built.

Customization is a major element within the game. The persona the player controls, for instance, is customizable and, like his neighbors, he can decorate and expand his home to his liking. Furniture items can be purchased or crafted and there are numerous options for outfits.

One of the most appealing aspects of “Animal Crossing” is its positivity. All the villagers are friendly, cheerful and supportive of one another. The same attitude is fostered in players themselves as they’re encouraged to be an uplifting influence on the island and its populace.

With the additional Nintendo Online subscription, players can visit the islands of those who are on their friends list. Unknown players cannot access someone else’s island. Once a pal has visited the island, letters can be exchange through the game’s “post office.”

A downside to the game is the lack of different biomes. In addition to the main isle the gamer occupies, there are so-called mystery islands to which he or she can travel to explore and meet new animals. But there’s not much variation in the landscape from one locale to the next, at least beyond what kinds of fruit trees grow in each.

This can feel repetitive, of course. But the upbeat tone and fun activities of the game more than compensate for this shortcoming.

Similarly, budding readers will be able to practice their newfound literacy skills. Younger children, though, may need to have the dialogue read aloud to them.

The game contains cartoon mischief. The Catholic News Service classification is A-I — general patronage. The Entertainment Software Rating Board rating is E — everyone.