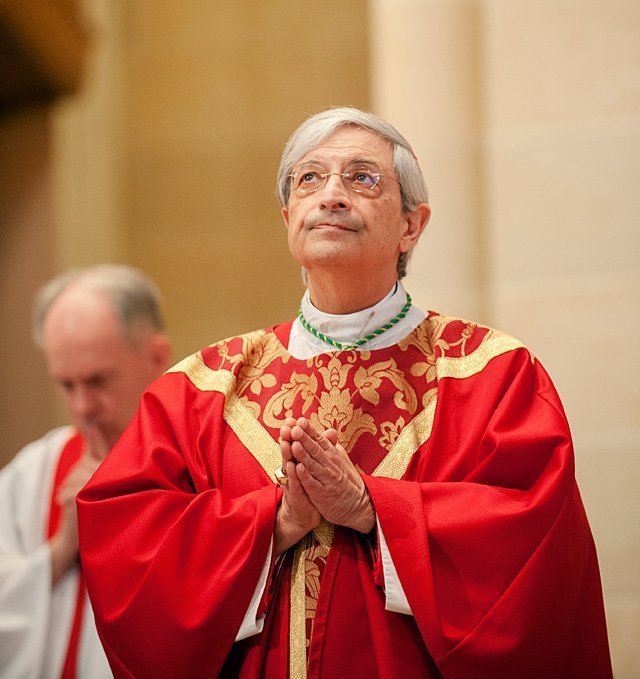 Pope Francis has appointed as Ninth Bishop of Rochester Bishop Salvatore R. Matano, Bishop of Burlington, Vt., according to the Vatican website.

Bishop Matano will be introduced to the Diocese of Rochester at 10:30 a.m. during a press conference at the Pastoral Center.

Bishop Matano was born in Providence, R.I., on Sept. 15, 1946. He attended St. Ann Elementary School and LaSalle Academy in Providence before enrolling in Our Lady of Providence Seminary College in Warwick, where he earned a bachelor’s degree in philosophy.

He was ordained a priest on Dec. 17, 1971, by Cardinal James Hickey in St. Peter’s Basilica in Rome. He attended the Pontifical Gregorian University in Rome, where he was awarded a licentiate in sacred theology in 1972 and a doctorate in canon law in 1983.

Between 1980 and 1983, Bishop Matano pursued graduate studies in Rome, after which he returned to the Diocese of Providence, where he served as vicar for administration and cochancellor until 1991.

He served as secretary to the apostolic nuncio at the Apostolic Nunciature in Washington, D.C., from 1991-92. He then returned to the Diocese of Providence, where he served as vicar general and moderator of the curia until 1997, when he was appointed pastor of St. Sebastian Parish in Providence until 2000. The bishop also was a special lecturer in the undergraduate and graduate departments of theology at Providence College of the Dominican Fathers from 1995-2000.

In January 2000, Bishop Matano returned to the Apostolic Nunciature, where he served as secretary to the apostolic nuncio until his ordination as coadjutor Bishop of Burlington on April 19, 2005. He took over full governance of the diocese Nov. 9, 2005.

Bishop Matano was named Prelate of Honor by Pope John Paul II in 1985 and received recognition from the Holy Father again in 1993 when he was named Prothonotary Apostolic.

The bishop also is a member of the U.S. Conference of Catholic Bishops’ Committee on Doctrine.