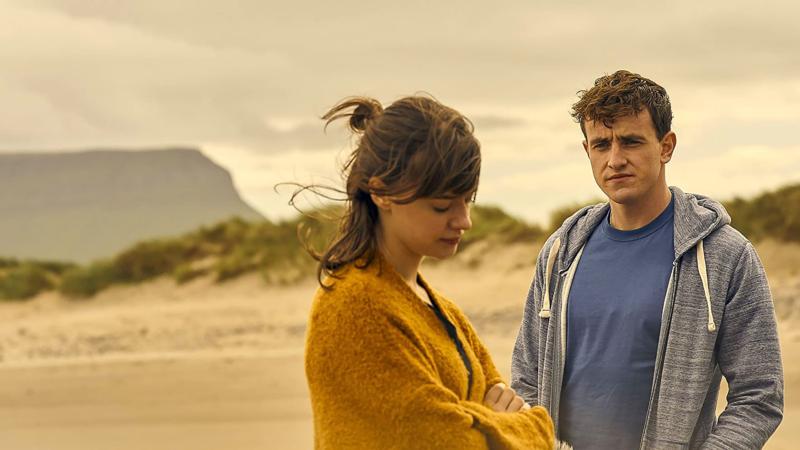 NEW YORK (CNS) — The award for the most misleading TV series title goes to “Normal People,” an adaptation of the 2018 best-selling novel by Sally Rooney (who also co-wrote the screenplay). Twelve 30-minute episodes are streaming now on Hulu.

What sounds like a mundane drama about life in suburbia is anything but. A chronicle of star-crossed teenage lovers, “Normal People” is not for the faint of heart. Directors Lenny Abrahamson and Hettie Macdonald veer dangerously close to pornography with explicit sex and full-frontal nudity.

Throw in crude and profane language, obscene gestures, domestic abuse as well as drug use, and you have the ingredients for a rather abnormal drama that cannot be endorsed for any age group.

The setting is Sligo, a town on the rural west coast of Ireland. Two of its residents, Marianne (Daisy Edgar-Jones) and Connell (Paul Mescal), are in their final year at the same Catholic high school but come from different worlds.

Marianne, offspring of a well-off but dysfunctional family, is whip-smart and outspoken. She’s shunned by her peers, who find her odd and intimidating.

Connell, on the other hand, is a popular athlete, surrounded by friends who share his working-class background. He conceals a thoughtful nature and a desire to learn and improve his situation in life.

Connell’s single mother, Lorraine (Sarah Greene), works as a cleaner at Marianne’s spacious house on the hill. When Connell goes to collect her, he sees Marianne. Their attraction is instant, and before long they tumble into bed.

Both agree to keep their relationship private, for fear of teasing at school. Connell in particular is filled with angst, fearful of commitment and worried that Marianne is above his station. They break up, and Marianne, the ugly duckling-turned-swan, is devastated.

The setting moves to Dublin, where our erstwhile lovers now attend Trinity College. Suddenly the roles are reversed. Connell is moody and withdrawn, unable to connect with his pseudo-intellectual peers. Marianne, on the other hand, revels in her newfound freedom and is the most popular girl on campus.

“Normal People” follows our duo as they repeat a pattern of reconnecting, misunderstanding each other and breaking up again. In between, they each see other people while coping with loneliness, guilt and depression, never able to convey their true feelings. Marianne, her confidence dwindling, embarks on a series of abusive relationships.

Throughout, the copulation is copious and, in Marianne’s case, of an increasingly sadomasochistic nature (which, alarmingly, she seems to prefer). The sweaty gymnastics on display will leave anyone choosing to tune in pondering how sad it is that such sorry behavior should nowadays be labeled “normal.”