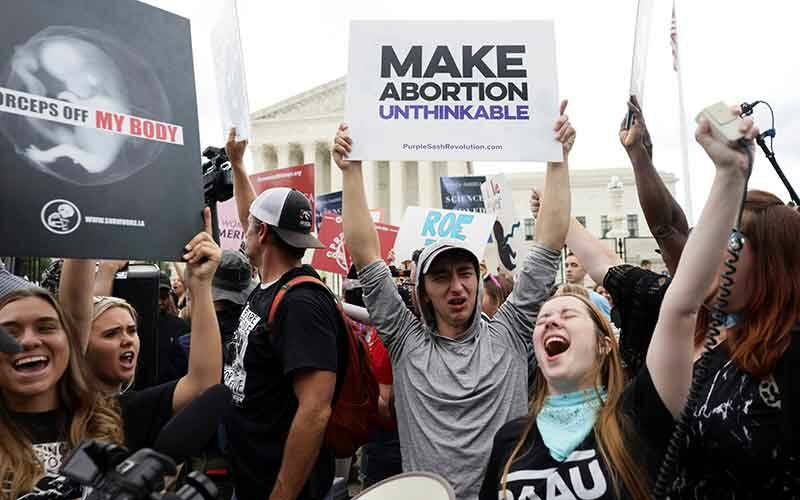 The U.S. Supreme Court’s decision overturning legalized abortion is the result of 50 years of advocacy and prayer, according to the bishops of New York state.

“This just decision will save countless innocent children simply waiting to be born. On this historic day, our gratitude extends to the millions of heroic Americans who have worked tirelessly toward this outcome for nearly a half-century,” noted a June 24 statement by New York’s bishops, including Rochester’s Bishop Salvatore R. Matano. The statement was in reaction to the Supreme Court’s 6-3 vote in Dobbs v. Jackson Women’s Health Organization that now outlaws federal abortion rights.

“Women and men, children and adults, believers and nonbelievers, people of every culture and background have advocated for life. They have been a charitable and compelling voice for the voiceless, and today, their voice has been heard,” the New York bishops’ statement continued. “As Catholics, we have prayed and fasted, held vigils, offered Masses, and peacefully witnessed in these last five decades. We have joined others in educating schoolchildren, opening pregnancy care centers, walking with mothers, offering post-abortion counseling, and marching, year after year, to the United States Supreme Court to witness for life.”

Whereas the state’s bishops noted that they are “overjoyed with this outcome of the Court,” they acknowledged that abortion remains an intensely polarizing topic among the general public.

“We must remember that this is a judicial victory, not a cultural one,” the bishops’ statement declared. “The culture remains deeply divided on the issue, which will be evidenced by the patchwork of state statutes pertaining to abortion across the country. To change the culture and build a culture of life, we need to enact family-friendly policies that welcome children, support mothers, cherish families and empower them to thrive.”

Statement from Bishop Matano regarding Dobbs Supreme Court Decision June 24, 2022Download
Copyright © 2022 Catholic Courier, Inc. All rights reserved. Linking is encouraged, but republishing or redistributing, including by framing or similar means, without the publisher's prior written permission is prohibited.