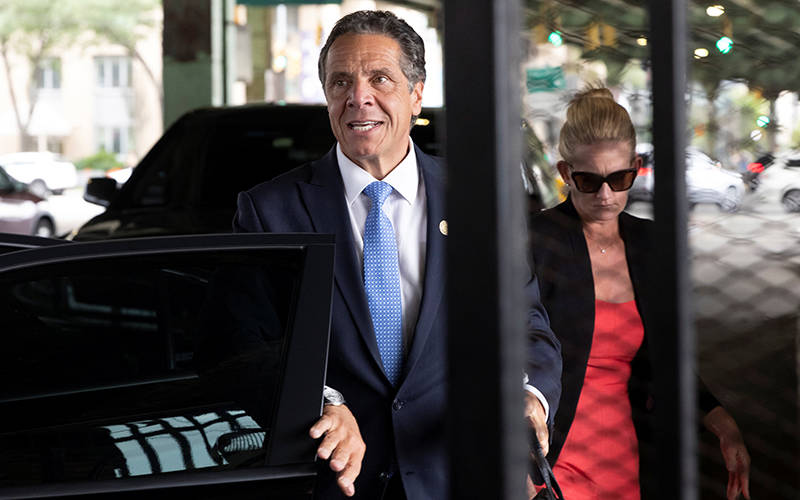 ALBANY, N.Y.  — The New York State Catholic Conference in an Aug. 10 tweet urged Catholics to join Cardinal Timothy M. Dolan, conference president, and the state’s other Catholic bishops in praying for Lt. Gov. Kathy Hochul as she prepares to succeed Gov. Andrew Cuomo, who announced his resignation the same day.

“Pray too for the women who have come forward to tell their stories, and for all who have been impacted by the scandal that has engulfed the state Capitol,” the state Catholic conference said in its tweet.

In a news conference, the three-term governor, who was planning to run for a fourth term, said his resignation would be effective in 14 days. His decision follows an Aug. 3 report released by New York Attorney General Letitia James that found he sexually harassed and retaliated against at least 11 women during his time in office.

Cuomo was facing an impeachment probe over the allegations, which cover a wide range of behavior, including him making “degrading” sexual remarks and his unwelcome and inappropriate touching of his aides and other women.

The governor said he would “step aside and let government get back to government,” but he also continued to insist he had done nothing wrong.

Hochul, 62, will become New York’s first female governor. She grew up in a working-class Irish Catholic family in western New York. Her father was a steelworker and a union organizer. She has a law degree from The Catholic University of America in Washington.

She has been lieutenant governor since 2015. She served as the U.S. representative for New York’s 26th Congressional District from 2011 to 2013.

In a statement issued after James released her report, Hochul called the governor’s alleged actions “repulsive and unlawful.”

“No one is above the law,” she stated.

She said she believed “these women” and admired them for “their courage in coming forward.”

Hochul said sexual harassment “is unacceptable in any workplace and certainly not in public service.”

In a brief statement after Cuomo’s announcement, she said his decision to resign is “the right thing to do and in the best interests of New Yorkers.”