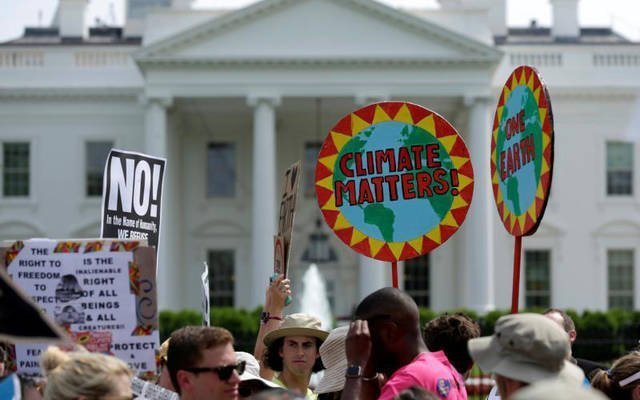 Protesters carry signs during the People’s Climate March April 29 outside the White House in Washington. The U.S. bishops June 1 urged President Donald Trump to honor the nation’s commitment to the Paris climate pact and protect the planet.

Regarding the article “U.S. Bishops call end to DACA reprehensible,” the USCCB continues its attack on the Trump administration’s policies, such as withdrawal from the flawed Paris “climate change” agreement, health care, enforcing immigration laws, travel restrictions, crackdown on Sanctuary cities, and now ending the unconstitutional DACA, using words such as, deeply troubling, attack on the poor, regrettable, reprehensible, etc.

With respect, it is my opinion such unjustified outbursts from the USCCB are “deeply troubling” and do not represent my views.