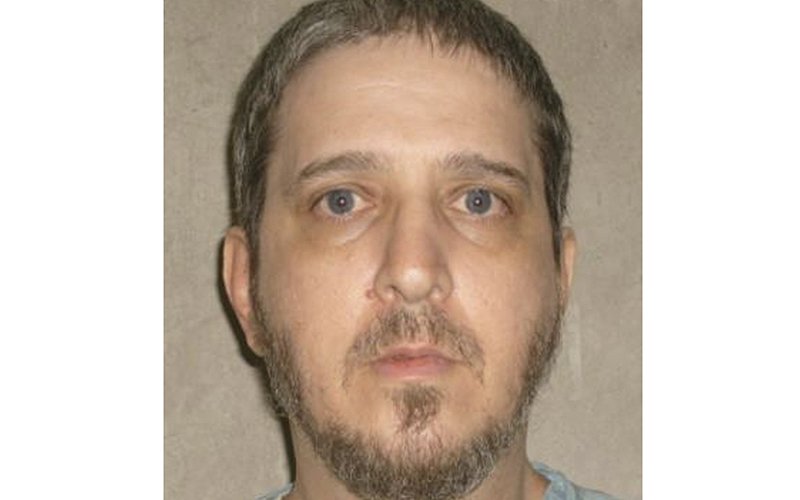 WASHINGTON (CNS) — Oklahoma Gov. Kevin Stitt gave another temporary reprieve to death-row inmate Richard Glossip, moving back his execution scheduled for Dec. 8 until next February while an appeals court reviews his claims of innocence.

After the Nov. 3 announcement, Sister Helen Prejean, a Sister of St. Joseph and longtime advocate against the death penalty, tweeted that she was grateful to the governor “for his measured action and to the 62 Oklahoma legislators supporting Richard’s request for an evidentiary hearing.”

A request for a new hearing

Glossip, a 59-year-old former motel manager, has been on death row for more than 25 years, convicted for the 1997 murder of his boss, Barry Alan Van Treese, at the Best Budget Inn in Oklahoma City.

This past summer, a Houston law firm’s report supported Glossip’s innocence claims, something that advocates, including Sister Prejean, have long emphasized.

The report drew attention to Justin Sneed, the motel handyman, who is serving a life sentence after pleading guilty to beating Van Treese to death with a baseball bat in 1997 at the hotel. Sneed testified that he killed Van Treese after Glossip, the motel manager, promised to pay him $10,000.

After the report’s release, Glossip asked the Oklahoma Court of Criminal Appeals for a new evidentiary hearing based on the report’s concerns about lost or destroyed evidence and about leading questions a detective asked Sneed to implicate Glossip in the murder.

“The newly uncovered evidence shows a concerted effort by the state to destroy and hide evidence that is favorable to Rich, even to this day, and, most shockingly, to manufacture trial testimony they needed to convict him,” said Glossip’s attorney, Don Knight, in a statement.

He added that there is now “overwhelming support” for what the law firm concluded after its investigation: “that no reasonable juror who heard all the evidence would find (Glossip) guilty.”

Sister Prejean has visited Glossip in prison and has encouraged people to write to him there. On his birthday last year, she tweeted: “Richard is innocent and could use your support.”

Glossip has been granted three previous stays of execution.

After the release of the report in the summer, Sister Prejean retweeted statements from Glossip’s attorneys stressing the injustice of his sentence. She also retweeted the remark of McDugle, the state senator, who said: “If we put Richard Glossip to death, I will fight in this state to abolish the death penalty, simply because the process is not pure.”

Glossip has not only been advocating his own case, he also was the lead plaintiff in a failed federal lawsuit that challenged Oklahoma’s use of lethal injections.

Catholic leaders expressed disappointment with the federal judge’s ruling in the summer that said the state’s three-drug lethal injection method was constitutional.

The ruling enables the state to move ahead with executions for more than two dozen death-row inmates who were plaintiffs in a case arguing against the lethal injection drugs and requesting another form of execution.

Six executions are scheduled to take place in the U.S. in November.

Catholic Mobilizing Network, the national Catholic organization working to end the death penalty, issued a statement noting the “unusual increase in scheduled executions” in five states in one month.

Krisanne Vaillancourt Murphy, the group’s executive director, said these upcoming executions “should be of great concern to all Catholics” especially after celebrating Respect Life Month in October and hearing Pope Francis in September making death penalty abolition his official prayer intention for the month.

“These calls to honor the sanctity of human life are sharply juxtaposed by the possible uptick in executions in November,” she said.

If the executions all take place, she said it will “fly in the face of our church’s teachings on the inviolable dignity of the person, not to mention decades of declining national death penalty trends.”

She noted that the U.S. has not executed this amount of people in one month since January 2015. The five states with executions scheduled in November are Arizona, Missouri, Oklahoma, Texas and Alabama.

“Of these, both Arizona and Texas have Catholic governors who profess pro-life values, yet permit the practice of capital punishment,” Vaillancourt Murphy added.