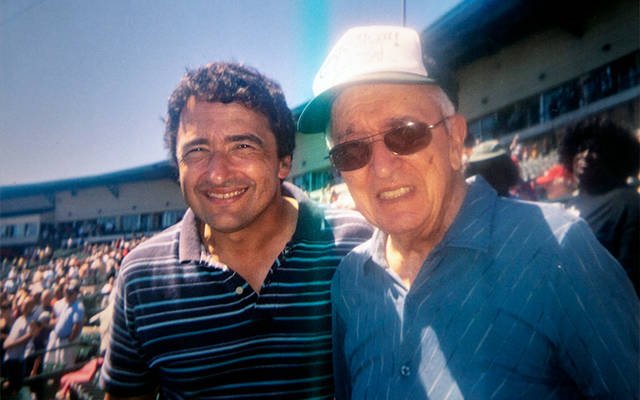 Are you not quite sure what it means to be from the old school? Well, let me tell you a bit about my dad, who would have turned 95 on June 5.

During his 88-year life, Pat Latona survived Great Depression poverty and three years of World War II service. Dedicated himself to a 50-year marriage and raising five children. Had a lengthy teaching career in Rochester’s city schools. Was active in his Catholic faith and guided us kids to be likewise. Demanded that we give our best in everything we do.

Yep, sounds like an alumnus of the old school to me — and that’s very much intended as a compliment.

As I see it, old school applies to folks who are notably hard workers and exude a strong sense of commitment. They believe in getting a job done right and not taking shortcuts.

Actually, I’d just as soon drop the term “old school,” only because it suggests something that’s outdated. If anything, the important values connected with old-school thinking should represent a continuum, just like the Gospel messages of 2,000 years ago.

And yet, this concept isn’t embraced by all. Some might argue that old-schoolers refuse to be open to new ideas, stubbornly clinging to their long-held beliefs. Old school also might not sound like much fun.

Perhaps, but does that mean we should shut down the old school and all that it stands for? Right now I’m looking at a society that places a decreasing value on marriage, family and church in favor of doing as one pleases. Is this our new school? Are we really happier this way?

As I’m sure you can tell by now, I’ve got some old school in me. And I’m very thankful to be the son of an old-school dad.