One for the Money - Catholic Courier 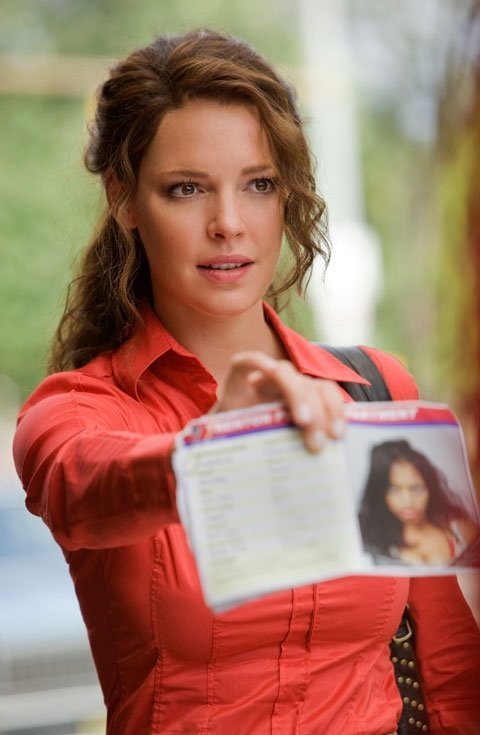 NEW YORK (CNS) — The title of the forgettable fish-out-of-water comedy "One for the Money" (Lionsgate) recalls Carl Perkins’ seminal hit, "Blue Suede Shoes," a song covered most famously, of course, by Elvis Presley. While this lukewarm cinematic offering won’t knock you down or step in your face, its surfeit of profane dialogue does slander God’s name all over the place.

So our advice: Go, cat, go — away from any theater showing it.

In a project that seems to have been conceived as a vehicle for her, but which turns out to get her nowhere, Katherine Heigl plays unemployed New Jersey department store saleswoman Stephanie Plum. With repo men on the trail of her expensive sports car, and her landlord dunning her for back rent, Stephanie accepts an unlikely job opportunity working as a bail bondsman.

Via a degree of coincidence not often encountered off the silver screen, Stephanie’s first target for recapture turns out to be an old flame from high school days, Joe Morelli (Jason O’Mara). An ex-cop and current murder suspect, Joe is also the man — so Stephanie ruefully informs us — who took her virginity then promptly spurned her.

(Perhaps, instead of "Blue Suede Shoes," Stephanie should have been listening to the Shirelles’ plaintive inquiry of a few years later, "Will You Still Love Me Tomorrow." But we digress.)

As Joe and Stephanie evolve from rivalry to cooperation in trying to solve the crime of which he stands accused, she gains the protection of formidable fellow bondsman Ranger (Daniel Sunjata). Ranger teaches her how to pick a lock and shoot the bad guys where it counts.

She also encounters representative denizens of the wrong side of town, most prominently John Leguizamo as gym owner Jimmy Alpha and Sherri Shepherd as hooker-with-a-heart-of-gold Lula. (How the latter came to share the name of the former president of Brazil is anyone’s guess.)

Director Julie Anne Robinson’s slack adaptation of Janet Evanovich’s 1994 bestseller — the first in a series of 18 mystery novels revolving around Stephanie’s character — tries to get by on jauntiness but fails to charm.

In part, that’s due to the mild skewering of the very Catholic milieu of Stephanie’s working-class background, an environment where Marian statues and crucifixes abound and where Stephanie’s female relatives greet every item of bad news by blessing themselves. Stephanie’s favorite among these off-handedly pious distaff kin is her breezily eccentric Grandma Mazur (Debbie Reynolds, channeling — so it seems — the late Ruth Gordon circa "Rosemary’s Baby" or "Harold and Maude").

An attempt to capitalize on sexual tension — Stephanie still carries a torch for Joe and waxes eloquent in praise of Ranger’s physique — and such gags as an elderly, devil-may-care exhibitionist whom the novice bounty hunter takes into custody are further deficits.

The film contains some action violence, brief rear and partial nudity, an instance of blasphemy and at least 20 uses of profanity, much sexual humor, frequent crude and crass language and a couple of obscene gestures. The Catholic News Service classification is A-III — adults. The Motion Picture Association of America rating is PG-13 — parents strongly cautioned. Some material may be inappropriate for children under 13.