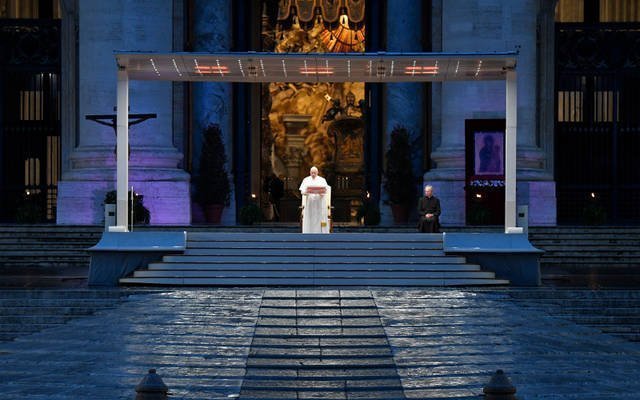 Pope Francis has been one of my heroes since he began his papacy. Seeing him in New York City and celebrating Mass with him was the thrill of a lifetime. It is with this background that I must very respectfully disagree with him on his concern expressed in an article this week regarding the need to be in a building in order to be “church” (see https://catholiccourier.com/articles/pope-says-living-faith-without-sacraments-community-is-dangerous).

During this time of epidemic, many parishes have offered online liturgies which, while certainly not the same as being together, do still offer a great deal to those unable to attend. In addition media such as Zoom has presented the opportunity to gather and pray and celebrate and “hug.” St Monica has offered this opportunity for several weeks and our numbers grow each week.

We do however miss the physical gathering but we realize that at this time, that is not a possibility. I also must disagree with the (unidentified) bishop who suggested adding more people to the liturgies of Pope Francis. That I feel would be subtracting by addition. God bless us all.

EDITOR’S NOTE: In the referenced article, Pope Francis’ comments seemed directed to the current inability of the faithful to come together for the Eucharist.