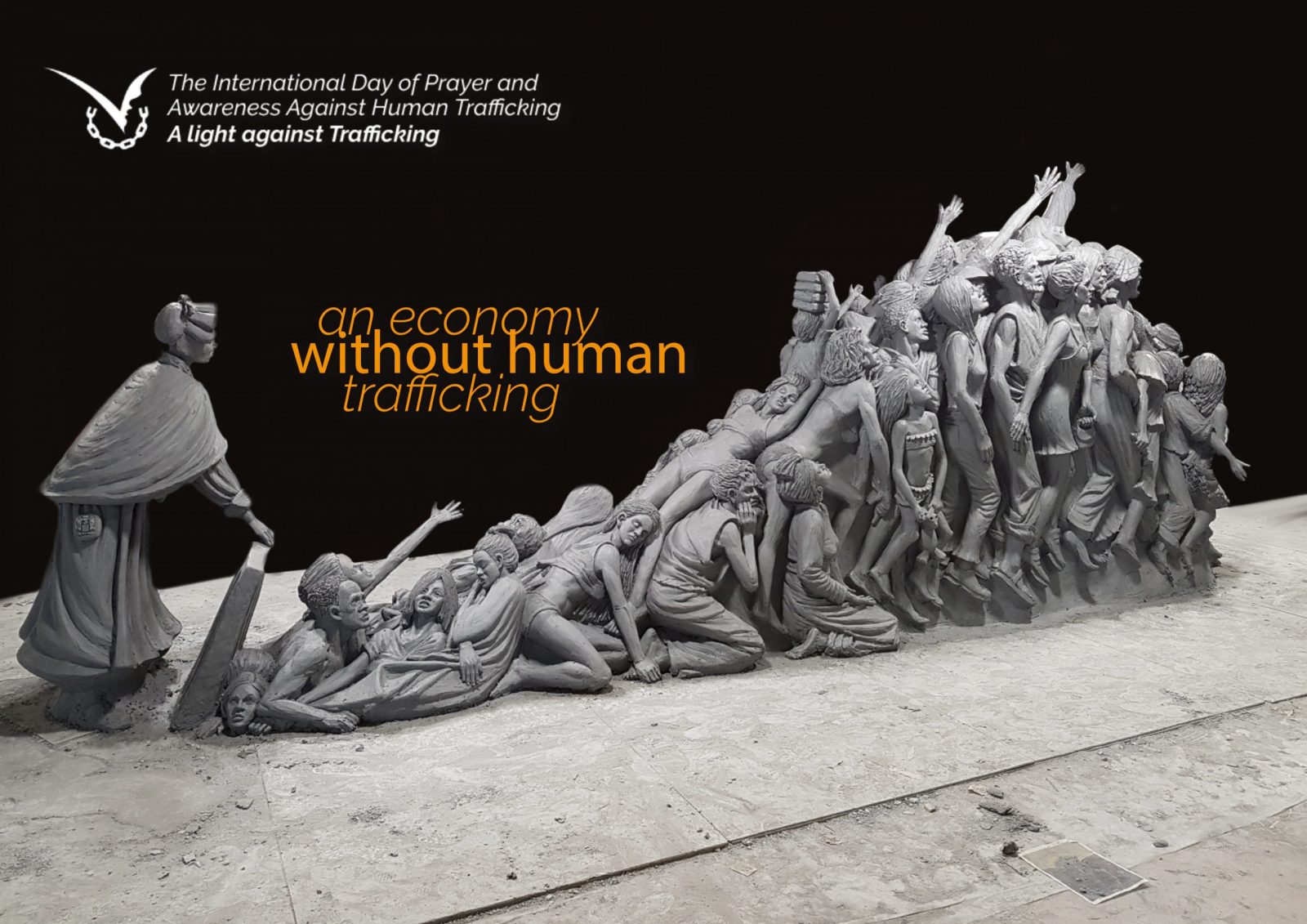 Stations of the Cross in Rochester to address human trafficking

ROME (CNS) — Organizers of the International Day of Prayer and Awareness against Human Trafficking are hosting a cross-continental “prayer marathon” Feb. 8 to pray for an economy free of exploited, trafficked persons.

Because of the global pandemic, the event will be online only; it will include a video message from Pope Francis which will be broadcast during the livestreamed event at youtube.com/c/preghieracontrotratta.

The international day is celebrated annually Feb. 8, the feast day of St. Josephine Bakhita, who had been sold into slavery as a child.

Pope Francis, who established the global day of prayer, has called human trafficking a “plague” and has underlined how everyone must play a part in helping end trafficking, which takes advantage of the most vulnerable.

This year’s day of prayer seeks to raise awareness about the economic systems and pressures leading to and fostering human trafficking.

Comboni Sister Gabriella Bottani, coordinator of Talitha Kum — an international network of women and men religious fighting trafficking — said, “The trafficking of people is an integral part of an economy of exclusion, where the rules of the market are destroying the fundamental values of human coexistence based on respect for dignity but also on the protection of the environment,” according to a Feb. 5 press release from the organizers.

“The dominant economic model is one of the main structural causes of human trafficking in our globalized world,” she said, adding her hope that the Feb. 8 event would promote “reflection for an economy that promotes life and dignified work for all.”

The day of prayer will run from 10 a.m. to 5 p.m. Central European Time (4-11 a.m. EST) and span the different time zones from Oceania, Asia and the Middle East on to Africa, then Europe and finally South and North America.

The shared moments of prayer will have translations in five languages with English available at directenglish.uisg.link. The official hashtag is #PrayAgainstTrafficking and the website is www.preghieracontrotratta.org.

Talitha Kum coordinates the work of the partner organizations that prepare the world day of prayer. Those organizations include: the Vatican Congregation for Institutes of Consecrated Life and Societies of Apostolic Life; the Dicastery for Promoting Integral Human Development; the Pontifical Academy of Sciences; Caritas Internationalis; the World Union of Catholic Women’s Organizations; the working group against trafficking of the committee for justice and peace of the international unions of superiors general of women’s and men’s religious orders; and the Focolare movement.