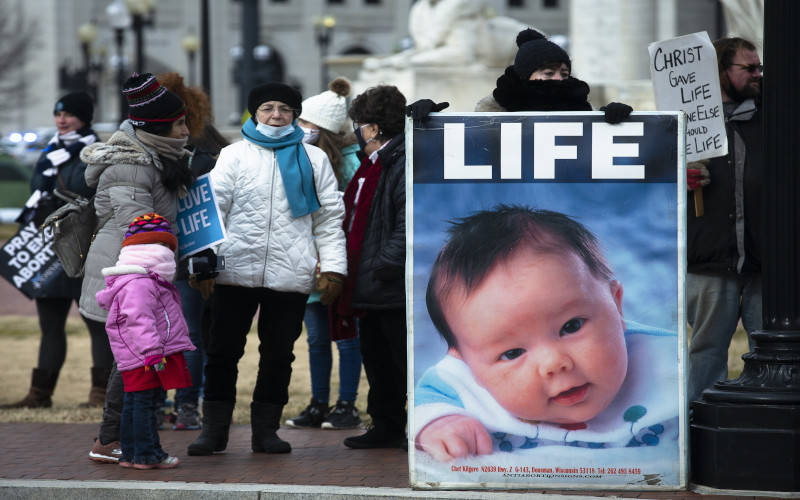 March for Life participants demonstrate in Washington Jan. 29. City Council members in Lebanon, Ohio, voted May 25 to declare the city a “Sanctuary for the Unborn.” On June 1, a federal court dismissed Planned Parenthood’s challenge to a declaration by Lubbock, Texas, to similarly make that city such a sanctuary. (CNS photo by Tyler Orsburn)

LUBBOCK, Texas (CNS) — After a federal court dismissed Planned Parenthood’s challenge to a Lubbock ordinance that declares the city a “Sanctuary for the Unborn,” a lawyer with the Chicago-based Thomas More Society said he believes these sanctuary cities have solid footing in Texas law.

“Cities have the right to regulate businesses and practices within their bounds. A municipality may choose to allow gambling, or even prostitution, or may criminalize it,” said Erick Kaardal, special counsel at the pro-life law firm. “Abortion is a business, driven by profit, and is required to abide by municipal regulations.”

On June 1, Judge James W. Hendrix of the U.S. District Court of the Northern District of Texas, Lubbock Division, dismissed the case for lack of jurisdiction, saying Planned Parenthood failed to show, “as they must,” it has standing to sue the city.

In September 2020, a committee of Lubbock residents filed a petition proposing an “ordinance outlawing abortion within the city of Lubbock, declaring Lubbock a sanctuary city for the unborn.” The city’s charter allows for voter-proposed ordinances to be put up for a citywide vote.

Voters passed the ordinance May 1 of this year, with 62 percent supporting the measure. It took effect the same day the District Court dismissed the lawsuit against it.

In March 2020, the American Civil Liberties Union made a failed attempt to sue various Texas communities after municipalities across the state adopted ordinances banning abortion and similarly making their towns sanctuaries.

The now-active ordinance declaring Lubbock is a “Sanctuary for the Unborn” says that “abortion at all times and all stages of pregnancy is declared to be an act of murder” and that it is unlawful to procure or perform an abortion or to aid or abet an abortion within the city limits.

It also has a private enforcement provision, which allows any citizen of Texas to sue anyone that procures, performs, or aids and abets an abortion, other than the unborn child’s mother.

Planned Parenthood sued Lubbock to “enjoin the city from maintaining in force, enforcing or giving legal effect to the ordinance” and to declare it invalid. The organization claimed it was invalid because it violated federal constitutional rights and was preempted by state law.

But Kaardal noted that Texas “has never repealed its pre-Roe v. Wade statutes that outlaw and criminalize abortion unless the mother’s life is in danger. The Texas Legislature’s recently passed Texas Heartbeat Act is consistent with this, and the act will take effect on Sept. 1, 2021.”

Gov. Greg Abbott signed this measure into law May 19. It prohibits abortion from being performed as early as six weeks of pregnancy.

In his ruling, Hendrix dismissed the case “without prejudice so any remaining federal claim could be raised, if necessary, after resolution of the state-law issue.” He also said his ruling would not keep the state courts from addressing the civil liability issue the plaintiffs raised.

According to the organization Sanctuary Cities for the Unborn, the city of Waskom, Texas, was the first U.S. city to become such a sanctuary through an ordinance in June 2019.

The organization was founded that year and is based in Waskom. It advises pro-life groups that would like propose such an ordinance for their city, according to its website.

One city that recently passed such an ordinance is Lebanon in southwest Ohio. The City Council enacted a measure outlawing abortion and declaring Lebanon a sanctuary May 25; it took effect the same day. The city has no abortion clinics.

Officials with the American Civil Liberties Union-Ohio have said they are prepared to sue Lebanon over the ordinance. According to legal director Freda Levenson, the organization is reviewing the information and determining its legal strategy.