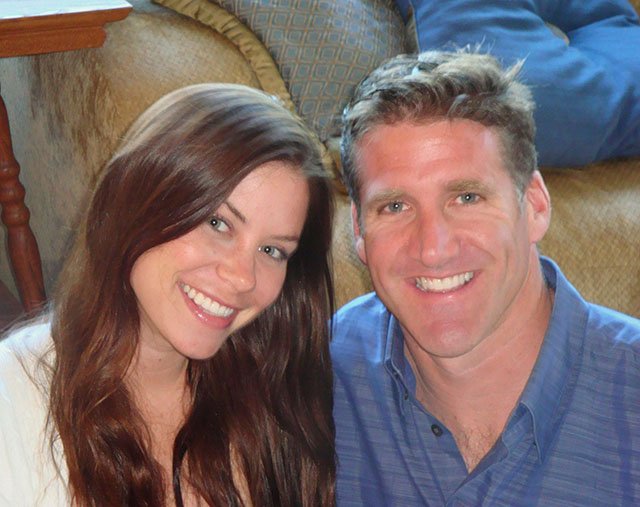 Brittany Maynard is pictured with husband Dan Diaz in this undated handout photo obtained by Reuters Nov. 3. The 29-year-old woman who was suffering from terminal brain cancer ended her life Nov. 1 in Oregon, where physician-assisted suicide is legal. Maynard's decision was praised by assisted suicide advocates, but pro-life leaders called it a tragedy.

PORTLAND, Ore. (CNS) — Brittany Maynard, a young California woman who was suffering from terminal brain cancer and gained national attention for her plan to use Oregon’s assisted suicide law, ended her life Nov. 1. She was 29.

"We are saddened by the fact that this young woman gave up hope, and now our concern is for other people with terminal illnesses who may contemplate following her example," said Janet Morana, executive director of Priests for Life, in a Nov. 2 statement.

"Our prayer is that these people will find the courage to live every day to the fullest until God calls them home," she said. "Brittany’s death was not a victory for a political cause. It was a tragedy, hastened by despair and aided by the culture of death invading our country."

"We are with you. As friends, families and neighbors we pledge to surround you with our love and compassion until the sacred moment when God calls you home," he said in a statement issued just before the feasts of All Saints on Nov. 1 and All Souls on Nov. 2.

He said assisted suicide offers the illusion that humans can control death.

"It suggests that there is freedom in being able to choose death, but it fails to recognize the contradiction," the archbishop said. "Killing oneself eliminates the freedom enjoyed in earthly life. True autonomy and true freedom come only when we accept death as a force beyond our control."

At the Vatican, Bishop Ignacio Carrasco de Paula, president of the Pontifical Academy of Life, told Italian news outlets that only God can judge Maynard, but "dignity is something other than putting an end to one’s own life."

Without condemning "this poor woman who suffered so much," the bishop said, Maynard took her life "thinking she would die with dignity, but she was wrong. Committing suicide is not a good thing, it’s a bad thing because it is saying no to one’s life and to everything involved in respecting our mission in the world and respecting the people who are close to us."

Oregon became the first U.S. state to allow doctors to prescribe lethal overdoses. Voters approved the Death With Dignity Act in 1994 and then reaffirmed it three years later. Since then four other states have since passed similar laws — Washington, Montana, Vermont and New Mexico.

The Oregon law says a patient must be of sound mind and must prove to a doctor he or she is a legal resident of the state. The patient must swallow the lethal drug without anyone’s help.

At the start of 2014, Maynard, a newlywed, learned she had brain cancer. A few months after she underwent two surgeries, doctors delivered the news that the cancer had returned and that most patients die from such tumors in about a year. She decided against further treatment.

Maynard and her husband, Dan Diaz, moved to Oregon, to become legal residents of the state and thus able to take advantage of its assisted-suicide law.

On Nov. 1, as she had planned, she took a legal overdose. AP reported she died at home peacefully in "in the arms of her loved ones," quoting Sean Crowley, a spokesman for the advocacy group Compassion & Choices.

At one point Maynard, who would have turned 30 Nov. 19, said she might postpone taking her life to see how the disease progressed, but she stuck with her original plan. In interviews she said her husband and other family members accepted her decision to end her life.

Archbishop Sample in his statement said: "Cutting life short is not the answer to death."

"Instead of hastening death, we encourage all to embrace the sometimes difficult but precious moments at the end of life, for it is often in these moments that we come to understand what is most important about life," he said. "Our final days help us to prepare for our eternal destiny."

Across the country in the Diocese of Raleigh, North Carolina, a 30-year-old Catholic seminarian facing the same disease as Maynard wrote a poignant essay in mid-October responding to Maynard’s announced decision to end her life.

Philip Johnson called her story heartbreaking and one "that really hit home," because he was 24 when doctors told him he had inoperable brain cancer. The news came when he was "beginning an exciting career as a naval officer with my entire life ahead of me. I had so many hopes and dreams, and in an instant they all seemed to be crushed."

"I have lived through six years of constant turmoil, seizures, and headaches. I often changed hospitals and doctors every few months, seeking some morsel of hope for survival. Like Brittany, I do not want to die, nor do I want to suffer the likely outcome of this disease," he wrote. "I do not think anyone wants to die in this way."

His doctors have told him that as the disease progresses he likely will gradually lose control of his bodily functions as a result of paralysis and incontinence. "It is very likely that my mental faculties will also disappear and lead to confusion and hallucinations before my death," Johnson said.

"This terrifies me, but it does not make me any less of a person," he continued.

"My life means something to me, to God, and to my family and friends, and barring a miraculous recovery, it will continue to mean something long after I am paralyzed in a hospice bed," he said. "My family and friends love me for who I am, not just for the personality traits that will slowly slip away if this tumor progresses and takes my life."

He noted that he has lived longer than expected, which is its own miracle.

Johnson added: "I know exactly what she is going through. I still get sad. I still cry. I still beg God to show me his will through all of this suffering and to allow me to be his priest if it be his will, but I know that I am not alone in my suffering. I have my family, my friends, and the support of the entire universal church. I have walked in Brittany’s shoes, but I have never had to walk alone. Such is the beauty of the church, our families, and the prayerful support that we give to one another."