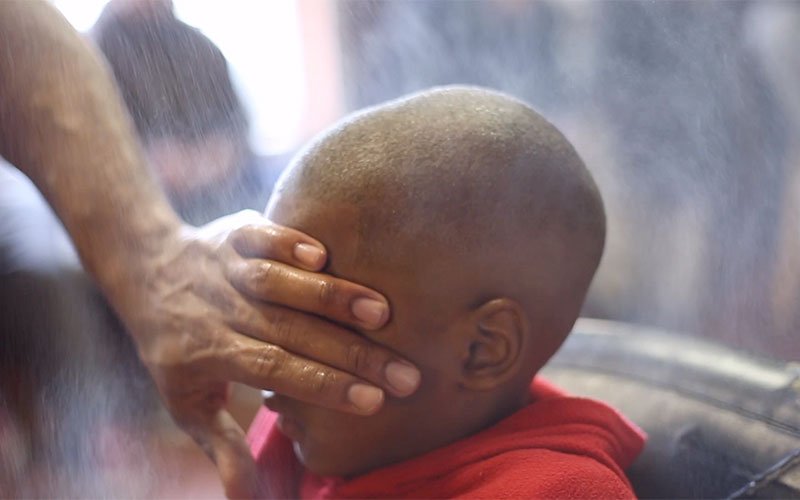 NEW YORK (CNS) — Sometimes the people responsible for the Academy Awards get it wrong. Recently nominated for an Oscar for best documentary feature, RaMell Ross’ nonfiction debut, “Hale County This Morning, This Evening,” is a case in point.

Released into theaters in September, the pretentious and incoherent film premieres on PBS Monday, Feb. 11, 10-11:30 p.m. EST as part of the network’s “Independent Lens” series. Broadcast times may vary, however, so viewers should consult local listings.

The documentary’s genesis was the 36-year-old African-American Georgetown University graduate’s 2009 move to the rural county of the title, located in west-central Alabama, where he would teach photography and coach basketball. Filmed over five years, “Hale County” documents the small, ordinary moments of life in this “Black Belt” community.

Although associated with the African-Americans who picked cotton in central Alabama and northeast Mississippi, the phrase Black Belt more properly refers to that region’s uncommonly rich soil, which enabled cotton to grow abundantly.

Whites no longer predominate in the county of 15,000-plus — where almost 60 percent of the populace is now African-American. If nothing else, “Hale County” testifies to this demographic shift.

Ross takes the cinema verite style of filmmaking to the extreme. He provides minimal written commentary, employs scanty archival footage and supplies only limited interviews with the documentary’s subjects.

Filling additional roles as producer, cinematographer and editor, moreover, Ross tends to train his camera on whatever interests him: children sitting motionlessly on a swing, people moving furniture, a college basketball player shooting hoops, a man burning tires, even a bug crawling in the bed of a pickup truck.

The filmmaker wants these raw, quotidian, unfiltered images to become a kind of time capsule to preserve the life this community was experiencing at these moments. In that sense, the movie doesn’t profile or explore the world of Hale County as much as it simply records it. Viewers do, nonetheless, get to know some of the people who inhabit the community.

Unmarried teenage parents Quincy and Boosie are the closest thing the film has to protagonists. While the couple is raising energetic toddler Kyrie, Boosie gives birth to twins: son Korbyn and daughter Kamryn. Tragically, Korbyn died of sudden infant death syndrome during filming.

Besides the mature material already mentioned, “Hale County” features some bleeped-out obscenities and discussions of race, poverty and drug addiction. It’s certainly suitable for most grown-ups, and parents may find it acceptable for older adolescents as well.

Ross deserves credit for trying to create a documentary that breaks from the form’s conventions to achieve something truly brave, original and authentic. And film is, of course, a visual medium. But, in the end, Ross relies too heavily and exclusively on his images to convey his meaning.

Consistently, he either lingers too long on a moment or focuses too much on the extraneous. This leaves viewers wondering why any particular scene was included in the first place and what it has to do with anything else. Ross’ pieces, consequently, don’t add up to a whole.

According to the advocacy group Alabama Possible, more than 36 percent of African-Americans in Hale County live in poverty. Viewers may intuit how indigence and racism work against Quincy and Boosie, but Ross doesn’t give his subjects enough opportunity to articulate their personal struggles against these oppressive forces.

The director’s insistence on interjecting his own puzzling, self-important commentary especially grates. At one point, he writes, “Pregnant with twins, Boosie careth not for the film.” This will inevitably prompt the audience to ask themselves, “Did he really just use the word ‘careth’?”

“Hale County” feels like the inept first attempt of a director who’s much too enamored of his own supposed virtuosity. While it may have impressed Academy voters, it will likely exhaust the patience of most viewers at home.