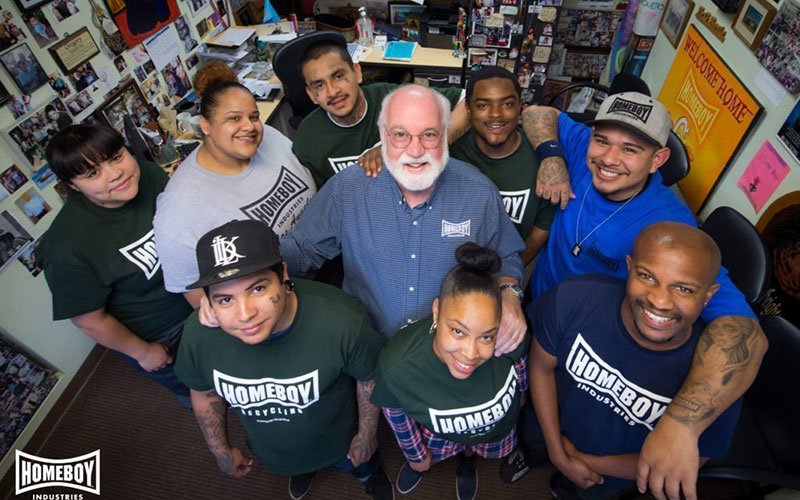 What makes a peacemaker?

This is the seventh installment in a series on the Eight Beatitudes. This week discusses the seventh beatitude: “Blessed are peacemakers, for they will be called children of God.”

“Blessed are the peacemakers, for they will be called children of God” (Mt 5:9).

When Jesus said this as he spoke from the hilltop, what did he mean?

An ordinary first-century Jewish citizen could do little to bring political or military peace to the territory of Palestine, conquered and subjugated by a sprawling empire in faraway Rome.

Did Jesus have a more personal mission in mind for the people to whom he spoke?

Peace, after all, starts with us, but most important, it must start within us.

So what do Jesus’ words mean for us today, this call to be peacemakers, especially for those of us who have more influence on our society than a first-century Palestinian did.

It was in 1972 that Pope Paul VI, in his World Day of Peace message, spoke words that have been memorialized ever since: “If you want peace, work for justice.”

Peace begins within us, and calls us to service for peace and justice.

Where do we turn as Catholics to find peace and to be peacemakers?

When we look at our families, our communities and our nation, we can usually spot the peacemakers because they are, like Pope Francis, people of hope. They are listeners, people of positive attitudes, people who see a problem and try to solve it with humanity and love.

Jesuit Father Greg Boyle is a great example of a peacemaker. The priest is the founder of Homeboy Industries, a project that works with former gang members in the Los Angeles area and helps them move from violence and hostility to peaceful and productive lives.

Father Boyle’s books combine wisdom with great humor. “Tattoos on the Heart,” his first book, introduces you to the remarkable people who have risen above tough environments, scarred childhoods and violent backgrounds to find good lives. Father Boyle inspires us to see the possibility within people and not stereotypes.

Sister Norma Pimentel, of the Missionaries of Jesus, is another Catholic who embodies the words of Pope Paul VI. She labors at the U.S.-Mexico border to help the thousands of migrants who seek refuge in the U.S.

As the executive director of Catholic Charities of the Rio Grande Valley in Brownsville, Texas, Sister Pimentel has become a national symbol of the peacekeeping to which Christians are called in the refugee crisis.

Mercy Sister Kathleen Erickson spent 18 years at the border, and later, stationed in Omaha, Nebraska, helped established a group there called “Mothers and Others: Justice and Mercy for Immigrants.”

This group provided a witness on a busy Omaha street corner every Thursday morning, calling attention to the plight of migrants, especially during the time children were being separated from their parents at the border. They provided opportunities for citizens to volunteer at the border, to be firsthand participants in the work of peace and justice.

Jack Jezreel, a Catholic layman, is the founder and now senior advisor to JustFaith Ministries. JustFaith was created to help people of faith respond to, as Jezreel writes, “the life-changing and world-changing call of the Gospel to help heal the world.”

Over 65,000 people have participated in JustFaith programs since 2001. A visit to their website (justfaith.org) reveals a wealth of programs on racial justice, eco-justice, migration and nonviolence. Parishes or faith-sharing groups can sign up, facilitators are trained, all at a minimal cost.

In these times of national discord, an eight-session program, “Want to Talk? Communication Tools for Divided Times,” can help us find peace in our communities, neighborhood and families.

Another heroic peacemaker in our midst is Sister of St. Joseph Helen Prejean. After serving as a spiritual adviser to a death row inmate, Sister Prejean launched a career of working to abolish the death penalty in the U.S. Her commitment to the inherent dignity of all human life has expanded our definition of pro-life ministry.

What about our role as world peacemakers?

This year, so many issues dominated the news that it was almost overlooked when Congress passed the second-largest defense spending budget in history (adjusted for inflation).

When the U.S. withdrew from earlier wars, we experienced a “peace dividend” of reduced defense spending. But as we left Afghanistan and scaled back in Iraq, no such dividend has come about.

How does a Catholic respond to this, particularly as the U.S. ramps up its nuclear arsenal?

The Catholic group Pax Christi USA involves tens of thousands of laypeople, religious and clergy, who look at issues of war and peace, and study, pray and take action. They have labored in the U.S. for 50 years and have existed internationally for over 70 years, founded in France following the devastation of World War II.

As followers of Jesus, we are impelled to examine and speak out about the issue of war, the escalating arms race and our participation in the arms trade.

We look to Dorothy Day, whose cause for canonization has been presented in Rome. Day, who died in 1980, lived a life of poverty and espoused pacifism, an unpopular and challenging stand for her day and our own.

Peacemakers are often called to be countercultural and to strive for peace as children of God.