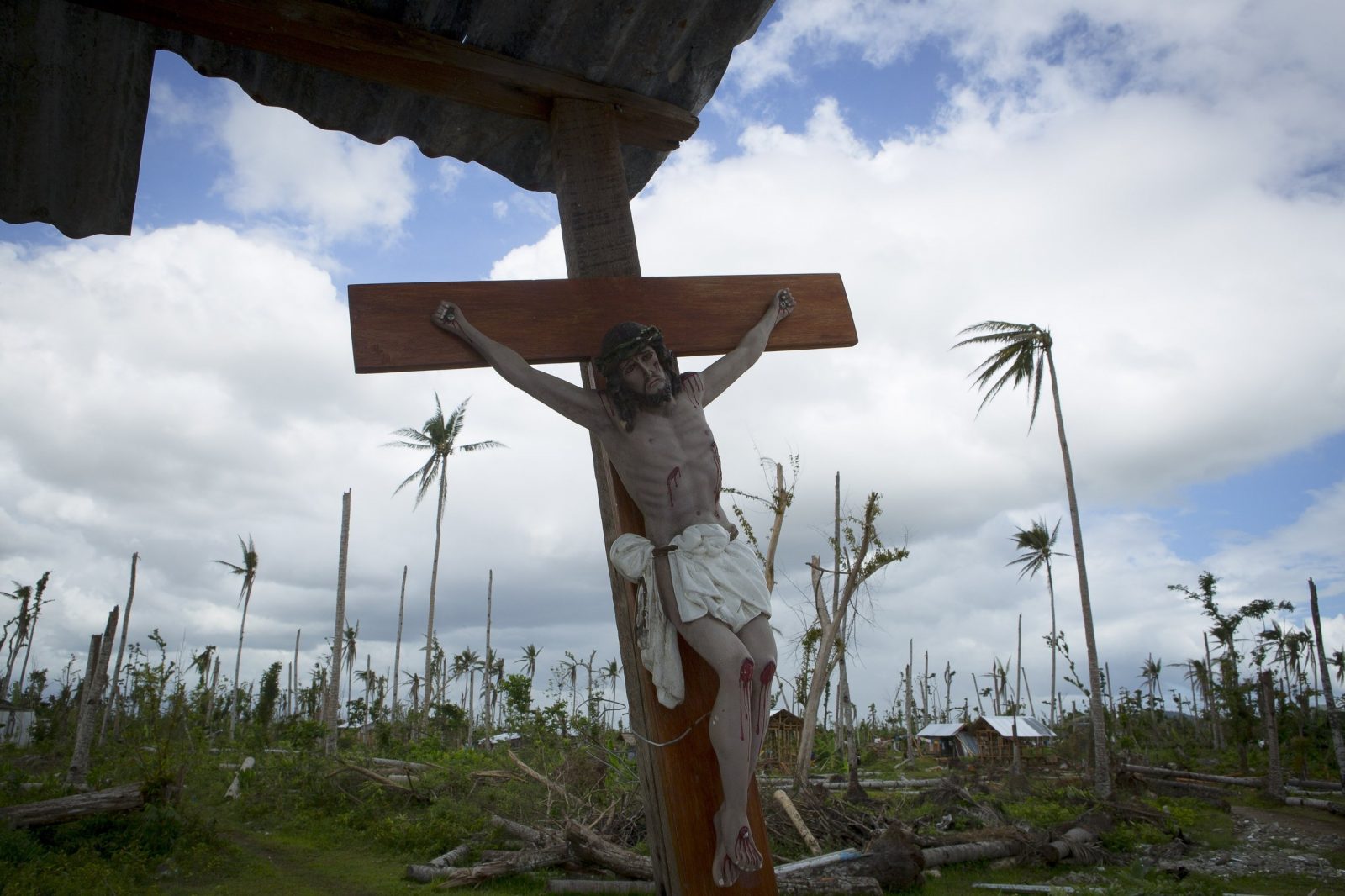 A crucifix is displayed in Barangay Cabarasan Guti, a community in Tanauan, Philippines, Feb. 6, 2014. Obedience means to hear the word of God and act on it. (CNS photo by Tyler Orsburn)

As we enter into the holiest week of the liturgical year, the reflection of Jesus’ obedience to the Father’s will comes into full focus. St. Paul, in his Letter to the Philippians, elaborates, “He humbled himself, becoming obedient to death, even death on a cross” (Phil 2:8).

Jesus’ desire to do as the Father wishes comes not just from his will to follow rules but out of a moral character steeped in humility to love God above all. This is the obedience of Jesus who offers us the perfect example of authentic freedom.

To the popular culture the word “obedience” is often taboo. To the religious culture it is sometimes understood as adherence to rules and regulations the church sets forth as a way of living the faith. In that sense alone, it is a word that connotes removal of a person’s individual freedom. Biblically, however, “obedience” means to hear the word of God and act on it even in the midst of the apparent contradictions present in the Scriptures.

Throughout the Gospels, Jesus’ life, words and example present to us the contradictions of the way of God. Just consider that we become rich by being poor (Lk 6:20), find joy amidst grief (Jn 11:1-44), are forgiven by offering forgiveness (Mt 6:14), discover peace by loving an enemy (Mt 5:44) and find freedom through obedience (Jn 14:21).

When it comes to obeying the Father’s will, Jesus takes on the greatest contradiction of them all — he dies to save humanity from eternal destruction and offers us the “freedom of the children of God” (Rm 8:21).

When we follow Jesus, who is the way, the truth and the life (Jn 14:6), we live the greatest freedom. Authentic freedom is not to do what we want, when we want and how we want. True freedom is a genuine giving of oneself in love.

Sometimes Jesus’ example can feel so far removed from our own time and circumstance where obedience seems to be more of a burden than freedom. Stories help us understand how to live the higher moral order that Jesus communicates.

Movies are the storytelling medium that can be tools to teach this understanding of obedience and moral character to children, teens and adults. Here are a few suggestions to use as a movie night or within a catechetical lesson during this Holy Week, as we reflect together on Jesus’ obedience to the Father’s will.

“Charlie and Chocolate Factory” (2005): A poor and humble boy, Charlie wins a coveted ticket to a special tour of Willy Wonka’s chocolate factory. Throughout the tour he sees other kids being greedy, angry, mean and arrogant, something foreign to Charlie’s morally upright character. When Wonka offers him the grand prize of running the factory he declines and decides to remain with his family who are more important to him than any prize. Charlie’s humility keeps him true to his roots and free in the simplicity of his life — the fruit of obedience.

“Piper” (2016): An Oscar-winning short film of just six minutes by Pixar says more than any feature-length film with dialogue and songs. This lovely film tells of a newly hatched sandpiper whose mother teaches her how to find food at the shoreline. After a surprise wave attacks her, she remains at the nest afraid. Her mother nudges her to venture forth. In obedience, she slowly overcomes her fears.

For teens and adults

“A Hidden Life” (2019): Terrence Malick’s historical drama about Franz Jäggerstätter, an Austrian farmer who with his wife and children live a poor but ideally pastoral life, offers a heroic example of fidelity and obedience to God’s commandments. Franz refuses to fight with the Nazis during World War II when he is drafted into the German army and is immediately imprisoned. He chooses to die rather than go against his conscience and is martyred, finding the greatest freedom.

“15:17 to Paris” (2018): This biographical drama directed by Clint Eastwood centers on three young men, two military personnel and one college student, who were friends since childhood. They decide to meet up in Europe for vacation and find themselves on the infamous train from Amsterdam to Paris that is hijacked by terrorists. Springing into action, not only as a result of military training but also from their upright characters, they save hundreds of people from a would-be tragedy.

“News of the World”

“Pray: The Story of Patrick Peyton”

Sister Nancy Usselmann is a Daughter of St. Paul and the director of the Pauline Center for Media Studies in Los Angeles. She is a media literacy education specialist, theologian, international speaker, writer, film reviewer and blogger for bemediamindful.org and catholicmom.com. Her book, “A Sacred Look: Becoming Cultural Mystics,” is a theology of popular culture.