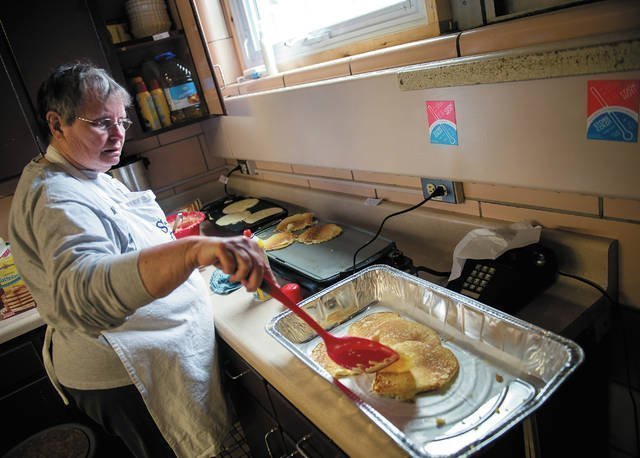 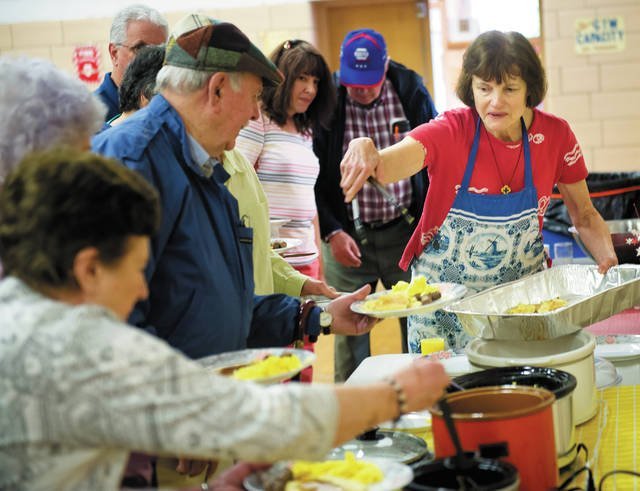 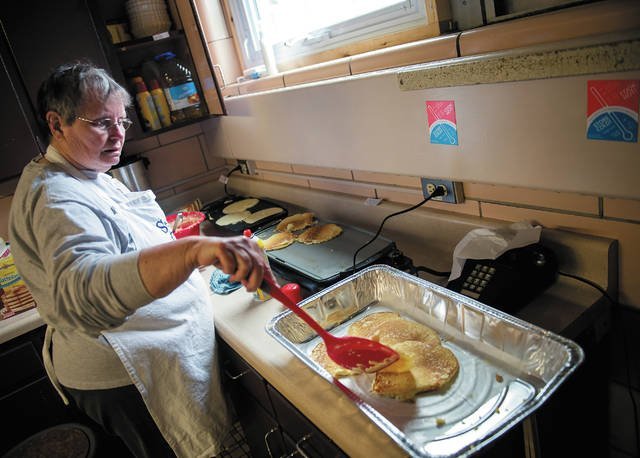 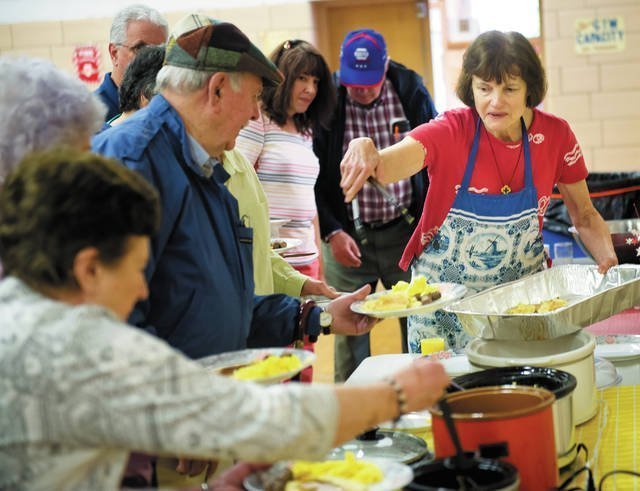 St. Francis and St. Clare Parish’s weekly free pancake breakfasts were born out of a desire to serve the local community, according to longtime parishioner Kathy Peters, who organized the breakfast program in 2015.

Two years later, the breakfasts have spawned a thriving small Christian community and even raised hundreds of dollars for local charitable agencies, courtesy of a well-utilized donation basket.

“Our original goal was to have a free meal, so it would appeal to those in need,” Peters explained to the Catholic Courier. “We realized as we progressed, we were becoming a community, so our goals and purposes changed.”

The current goals of the more than a dozen volunteers who staff the breakfasts, Peters said, are to serve; to appreciate and be Christ-like to those they serve; and to form a community where guests feel welcome and comfortable.

St. Francis and St. Clare Parish has worship sites in Seneca Falls and Waterloo, but the breakfasts are open to anyone interested, regardless of where they live, Peters said. The breakfasts,which are held at the parish’s Ministry Center in Waterloo each Tuesday morning from September through May, have been a great addition to the community, remarked regular volunteer Karen O’Brien.

“It’s open to anyone in the community, and you just see all types of people,” O’Brien said. You see people there that really need the free breakfast and you see those that are there for the community, for the friendships. It’s almost like going to a local diner.”

“We’ve had some (diners) who are homeless, but you really don’t know who’s poor and who isn’t,” Peters added.

Each breakfast typically draws between 30 and 50 diners, including quite a few who walk over to the breakfast after the parish’s 8:30 a.m. Mass at St. Mary Church. An equally large number of diners belong to other local churches, however, and some don’t attend any church, remarked Peters, who said she typically introduces herself to newcomers and welcomes them.

Such interactions with guests is a crucial component of the breakfasts, O’Brien noted. Many of the volunteers try to find a few minutes not only to talk with the guests, but to listen to them as well.

“Some people just need a few minutes of someone listening to them, either to how sick they are or how sad they are,” O’Brien said. “Some of the (parish’s) Catholic Daughters do come just to visit, and that way the volunteers can keep on working.”

Working in teams of four or five, the volunteers arrive at the Ministry Center by 7:30 a.m. each Tuesday in order to set up tables in the classroom used for the breakfasts and start preparing coffee and food. They serve pancakes, scrambled eggs, sausage and toast, as well as coffee and juice. The food is served on CorningWare dishes that were donated to the parish years ago, and diners use silverware parishioners donated from their own households, Peters said.

“The only disposables that we use are napkins. We hardly have any garbage,” she said.

Peters even bought a small composter that she keeps in the Ministry Center’s kitchen, and volunteers put egg shells and other compostable materials into it.

“I try to make it as green as we possibly can,” she said.

The breakfasts have brought in more than their fair share of another kind of green, she added. There is a donation basket present at every breakfast, and donations are used to fund the purchase of eggs, pancake mix and other supplies. St. Francis and St. Clare’s Catholic Daughters of the Americas do the bookkeeping for the breakfasts, and last spring they told Peters the breakfasts had brought in a profit of $670 after expenses were subtracted.

The Catholic Daughters, many of whom volunteer at the breakfasts, voted to donate a large portion of the profits to area groups who serve the needy, Peters said. The group donated $100 to each of the following organizations:

‚Ä¢ Trevor’s Gift, which provides food to needy children to eat on weekends and over school breaks