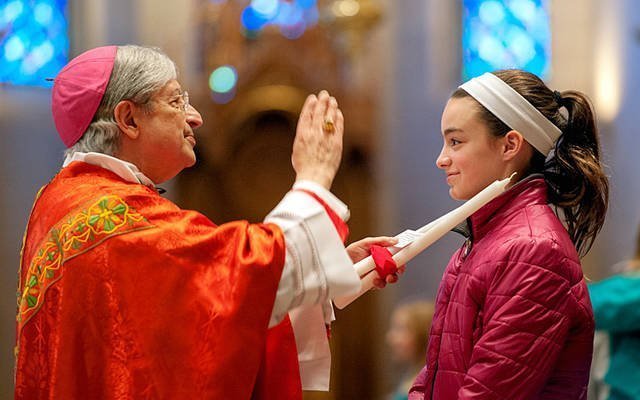 The feast of St. Blaise is coming up on Feb. 3 — a date traditionally marked by throat blessings in honor of the fourth-century martyr, whose intercession is invoked against throat disease.

Yet lately, St. Blaise has been cited in prayer efforts at other times of the year as well.

That’s because he is one of the 14 Holy Helpers — a group of saints to whom Catholics pray during periods of grave affliction.

Devotion to the 14 Holy Helpers originated in mid-14th century Germany at the height of the Black Death — a plague that is thought to be the worst in human history, killing as much as half of Europe’s population. Prayerful devotion to the 14 Holy Helpers spread to other countries and it continues to this day, as evidenced in recent months by invocation of the group in various novena prayers to end the coronavirus pandemic.

Nearly all of the 14 Holy Helpers are martyrs; most of them died for their faith during the first four centuries AD. All of the 14 Holy Helpers have their own individual feast days, although most are not on the General Roman Calendar. The feast of St. Blaise remains on that calendar, and is traditionally marked by parishes offering throat blessings during which two candles are placed in a crossed position near the throats of individuals as they’re given a blessing. The 14 Holy Helpers also have a collective feast day of Aug. 8 that was dropped from the General Roman Calendar in 1969 when it was revised.

According to the 14 Holy Helpers parish website, the 14 saints making up this group — along with their feast days and the causes they represent — are: