Patten: Vatican media must be professional, but reform won't be pillage - Catholic Courier 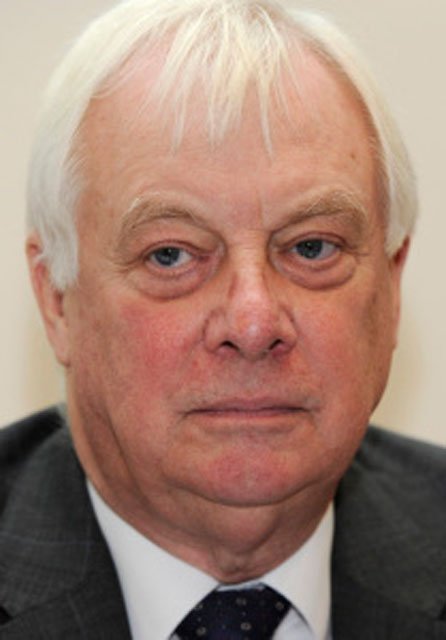 LONDON (CNS) — The Vatican must stop running its media operation from silos, said the leader of papal commission set up to advise how the Vatican can better communicate with the church and the world.

Lord (Chris) Patten of Barnes, former chairman of the British Broadcasting Corp. Trust, said "nobody is suggesting that the Vatican should behave like (Rupert) Murdoch or Trinity Mirror, but the technology they use is available to the Vatican today," he told Catholic News Service before a May 27 speech in St. Patrick’s Church, Soho, following a Mass for Catholic media professionals to mark World Communications Day.

"We know how people get their information. We know how people want to respond to the information they are getting, and they feel just because it’s the church, it shouldn’t be less professional than any civic organization. You can’t do that if you are operating in silos," he told CNS.

He said the reforms would be extensive but would not amount to "a burn-and-pillage exercise."

"We were not proposing slashing budgets or making cuts in personnel, because we realize that the church does not operate like that. But we do think that there is a strong argument for reallocating resources, so that the press office is better resourced, so that television and social media are better resourced, sustaining audio and visual work, sustaining the work of L’Osservatore Romano and Vatican Radio," he said.

"I think the structures we propose with a department — part of which gathers the news and part of which disseminates — is a statement of the blindingly obvious. It is how any media organization operates today, rather than operating in silos."

He said Pope Francis faced a big challenge when he travels to Cuba and the United States in September, shortly after the publication of an encyclical on the environment, which Patten said would be controversial in many parts of America.

"He will be speaking in Congress, where the Speaker is a Catholic, where the leading candidates for the presidential nominations are Catholic — Jeb Bush, Marco Rubio and Bobby Jindal — if they were pursuing an issue vigorously, that’s exactly how they would be doing it," using the media to get their points across.

In his speech, he said it would be "beyond bizarre" to deny the Vatican the best modern media operation available when the Catholic Church in countries such as the U.S., France and Germany were already functioning at that level.

The Vatican has nearly a dozen separate communication outlets and offices, many of which operate independently of one another. They include the Pontifical Council for Social Communications; the Vatican newspaper, L’Osservatore Romano; Vatican Radio; the Vatican television production studio, CTV; the Vatican Information Service; the Vatican press office; the Fides missionary news agency; the main Vatican website; the news.va news aggregator; the Vatican publishing house LEV; and the Vatican printing press.

Patten was eager to dismiss rumors in Rome of job losses among about 600 media staff who work in the Vatican, saying this would not be "ethically appropriate." But he said the Vatican Media Committee, established by Cardinal George Pell last year under his chairmanship, sought to reallocate resources so they were used more effectively, which meant reforms.

"Meaningful improvements in the Holy See’s media operations would not be possible without a complete integration of the existing media entities and the creation of single structure with overall responsibility for management, technology and finance," he said in his speech.

A report and implementation plan drawn up by the committee has been accepted by the Council of Cardinals. In April, Pope Francis set up a five-member committee to find ways to implement recommendations for streamlining and modernizing the Vatican’s many communications structures.

He said that Vatican communications had evolved historically rather than by design and were so isolated from each other that many wasteful duplications and multiplications of function occurred regularly.

"The lack of coordination has resulted in the duplication and at times the multiplication of certain core activities such as translation services, accreditation, rights management, media relations, technological innovation, and social/digital engagement," Patten explained.

"These duplications are wasteful, and they make it difficult for external media to know how to engage the Holy See," he said. "A phrase often used in the world outside is that of ‘one-stop shops’ — there is not much of a chance of sighting one in Rome."

He also said that just 15 percent of the 700 million-euro annual communications budget was spent on the growth areas of social media and technology.

"The television and social media services of the Vatican are very professionally run but also very under-resourced," he said.

The committee members, he said, were conscious that Pope Francis is an "extraordinary communicator himself and it made us realize how much the rest of us have to do — to use a sporting phrase — to up our game."

He said that such reforms would in particular benefit Christians in parts of the world where the church is being persecuted.

The Vatican also could generate income from a commercial department that could develop partnerships and sponsorships, management and sale of rights and archival materials and publishing, he said.