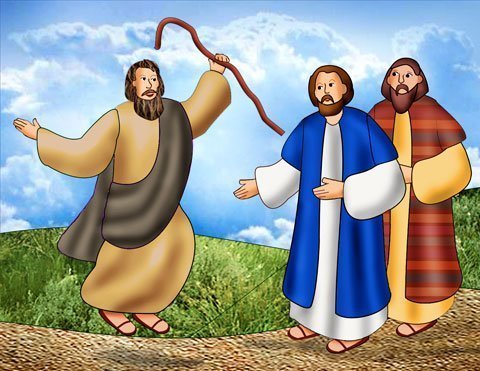 Paul and Barnabas preach about Jesus

Paul and Barnabas preach about Jesus

Paul and Barnabas went to the synagogue in Iconium to preach about Jesus. Their speaking was so effective that many Greeks came to believe as well as Jews did. This made some of the Jews who did not believe angry, so they tried to tell people that Paul and Barnabas were not men to listen to.

But Paul and Barnabas continued to preach and to perform miracles by the power of the Holy Spirit. As a result, some of the people of the city believed the words of the apostles, while others did not. When they discovered that some of the people who did not like them were plotting to stone them, Paul and Barnabas escaped to the countryside of the cities of Lystra and Derbe.

In Lystra they found a man who had been crippled from the time he had been born. The man called out to Paul for help. Paul could tell the man had the faith necessary to be healed, so he said to him, “Stand up straight on your feet.” Not only was the man able to stand, but he walked and jumped.

The people who saw this thought that the Greek gods has come down to visit them. They thought Paul was Zeus and Barnabas was Hermes. Paul and Barnabas were upset by this, so they said, “Men, why are you doing this? We are of the same nature as you, human beings. We proclaim to you good news that you should turn from these idols to the living God, who made heaven and earth and sea and all that is in them.”

Paul and Barnabas eventually returned to Antioch, where they encouraged the Christians there. They also prayed and fasted with them as they appointed presbyters in the churches. They also told the people of the churches about the events that happened during their missionary journey, including being able to preach to Gentiles as well as the Jews, and how God had been with them, even though the difficulties they sometimes had to endure.

Using their own lives as examples, Paul and Barnabas said about their travels with Barnabas, “It is necessary for us to undergo many hardships to enter the kingdom of heaven.”

READ MORE ABOUT IT:
Acts 14

Q&A
1. What did the crippled man do after Paul healed him?
2. What did Paul and Barnabas say to the people who thought they were gods?

The Book of the Acts of the Apostles opens with Jesus promising his apostles that he would send the holy Spirit to give them the power to be his witnesses on earth, and then Jesus ascended into heaven. When the holy Spirit came down on the day of Pentecost everyone who was in Jerusalem saw a demonstration of the power of God. Peter gave a speech to the people explaining what was happening. After that day, the Christians performed miracles and continued to preach wherever they went, and many times they were thrown in jail or persecuted. Much of the remainder of this important book tells us about the conversion and missionary work of Paul, who had previously been one of the harshest opponents of the Christians.

Michael Ghislieri (1504-1572) joined the Dominican order when he was fourteen years old. After becoming a priest he taught theology and philosophy, and he was also a master of the novices. In 1552 he was appointed bishop and shortly after was named inquisitor general as well as being promoted to the position of cardinal. Upon the death of Pope Pius IV, Michael was selected to be the next pope. He chose the name of Pius V, and made it public that he wanted to enforce the recommendations of the Council of Trent, including the creation of the catechism. He used his position to help the poor and even promoted humane treatment of animals by prohibiting bull fighting. He encouraged the people of the Church to fast and to pray the Rosary. He was canonized in 1672, and we remember him on April 30. 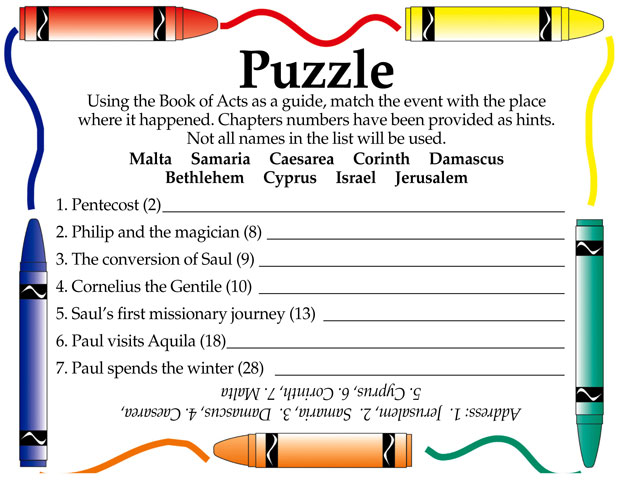