Paul shares the good news with the Gentiles - Catholic Courier 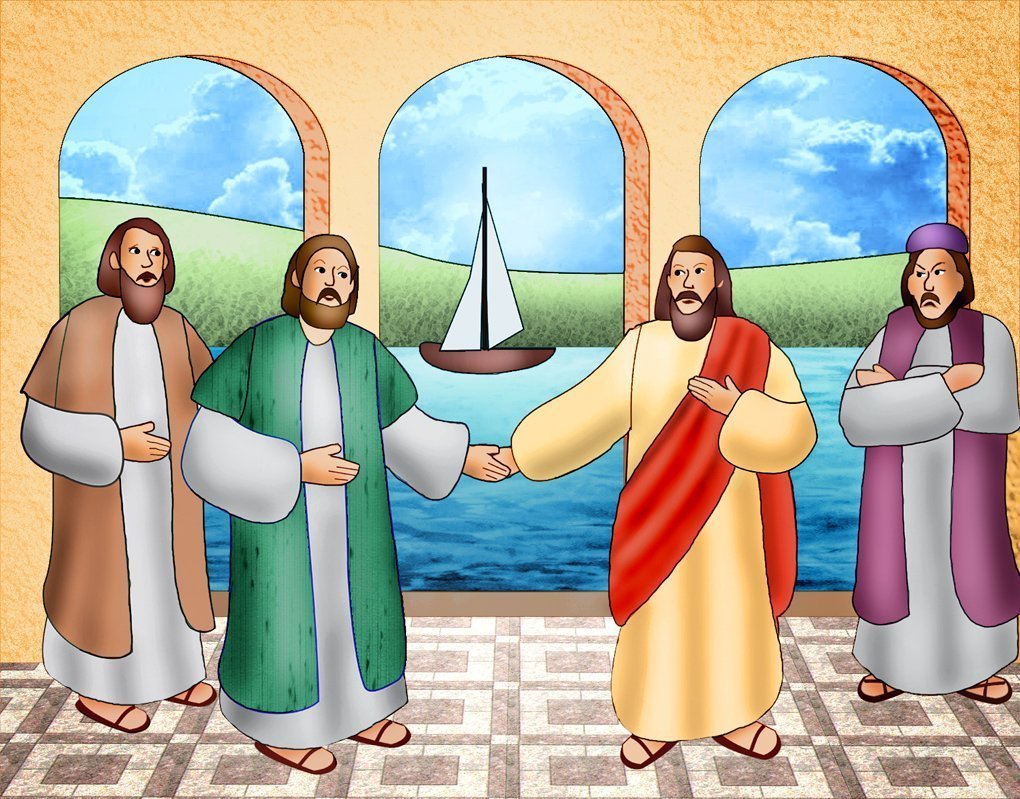 Paul shares the good news with the Gentiles

Paul shares the good news with the Gentiles

Paul, Barnabas and the men they had been traveling with sailed for Perga, except John, who returned to Jerusalem. After leaving Perga, Paul arrived at Antioch, where he attended services in the synagogue on the Sabbath day. After the readings from the Scriptures, one of the temple officials sent a note to Paul and his companions. It read, “My brothers, if one of you has a word of exhortation for the people, please speak.”

Paul stood up and said, “Fellow Israelites and you others who are God fearing, listen.” Paul retold the story of how God had saved the Israelites from slavery in Egypt, appointed David as a king and sent the world Jesus, who was crucified. But, Paul explained, “The inhabitants of Jerusalem and their leaders failed to recognize (Jesus), and by condemning him they fulfilled the oracles of the prophets that are read sabbath after sabbath.”

The synagogue officials were so moved by Paul’s words, they asked him to come back again on the next Sabbath. After the service, some of the people in attendance, including some who had converted to Judaism, gathered around Paul to ask him more questions.

Paul and Barnabas returned to the synagogue on the next Sabbath. Word of their wisdom had spread, and a large crowd of people came to hear them. Some of the Jewish leaders were jealous and spoke out angrily against Paul and his teachings. This criticism did not stop Paul or Barnabas, and they preached boldly to the people who had come to hear them.

They even addressed the leaders who were trying to stop them. “It was necessary that the word of God be spoken to you first,” Paul said, “but since you reject it and condemn yourselves as unworthy of eternal life, we now turn to the Gentiles. For so the Lord has commanded us, ‘I have made you a light to the Gentiles, that you may be an instrument of salvation to the ends of the earth.”

This news delighted the Gentiles, because until this time, the good news of Jesus had only been preached to the Jews. Many people came to believe, and the word of God spread across the country. The Jewish leaders who did not like the message preached by Paul and Barnabas used their influence to have the two men chased out of the area. But Paul and his followers rejoiced with the joy of the Holy Spirit.

READ MORE ABOUT IT:
Acts 13

Q&A
1. Why did so many people come to hear Paul’s second sermon at the synagogue?
2. What did Paul say about God’s message and the Gentiles?

Paul was a Pharisee who also was a Roman citizen. He was a persecutor of Christians, and he was present when Stephen was killed by stoning. But Paul’s life changed dramatically when he was on his way to Damascus. A light from the sky shined in his eyes and blinded him. Jesus spoke to Paul out of the light and asked why he was hurting him.

Paul had to be led to Damascus where he met with a Christian named Ananias. Ananias prayed over Paul, and Paul received his vision back. That miraculous moment caused Paul to believe in Jesus, and he became a missionary. He also wrote many letters which are now part of our New Testament.

Paul endured many hard times, and he found himself being persecuted by the people he used to work with. We can read about Paul’s missionary journeys in the Book of Acts.

Agnes (1268-1317) was born into a wealthy Italian family and demonstrated a devotion to God from the time she was very young. When she was 9, she asked her parents to send her to a school run by nuns.

She continued her spiritual growth at the school, and her wisdom was recognized by the nuns. When Sister Margaret, Agnes’ teacher, was appointed to lead a new convent, she chose Agnes to be her assistant. Agnes soon became abbess, which required a special dispensation from the pope because she was only 15 at the time.

Agnes ate only bread and water for the next 15 years, and she slept on the  ground with a stone for a pillow.

When a new convent was built near her home, Agnes was its first prioress. The convent was very successful, and Agnes served there until she died when she was 49.