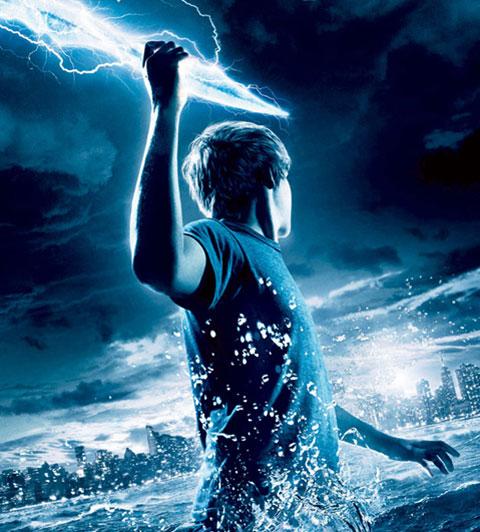 NEW YORK (CNS) — Catholic parents’ decision whether to allow their children to view "Percy Jackson & The Olympians: The Lightning Thief" (Fox) will largely depend on how they choose to interpret the tale’s mythological premise.

For the film — like the children’s novel on which it’s based — is set in motion when its hero, mildly troubled New York high school student Percy Jackson (Logan Lerman), discovers his true identity as a demigod, offspring of the Greek sea god Poseidon (Kevin McKidd) and Sally (Catherine Keener), his affectionate, but perfectly ordinary human mother.

Some will take this mingling of contemporary reality and ancient myth as no more than a literary device, and a useful means of introducing youngsters to the deities of Mount Olympus, whose figures crop up constantly throughout the canon of Western literature. For others, it may represent an attempted revival of pagan ideas with the potential to confuse impressionable kids.

The disclosure of Percy’s true nature comes in the midst of a crisis. The theft of Zeus’ (Sean Bean) thunderbolt threatens to unleash a war between the king of the gods and his brothers, Poseidon and Hades (Steve Coogan). Convinced, like Zeus, that Percy has stolen the lightning, Hades takes Sally to the underworld as his prisoner to blackmail her son into handing the celestial weapon over to him.

So Percy embarks on a heroic quest to rescue his mother and prevent the outbreak of a conflict with potentially devastating consequences. He’s accompanied — and assisted — by the semi-divine teen girl warrior Annabeth (Alexandra Daddario), daughter of Athena, and by Grover (Brandon T. Jackson), a courageous but untested adolescent satyr who has long served as Percy’s protector under the guise of his schoolmate and best friend.

And Percy’s transformation from a 12-year-old on paper to a 17-year-old on the screen introduces elements unsuitable for some of the book’s younger fans. Thus, in true satyr fashion, Grover spends his off-time cavorting with a gaggle of bikini-clad nymphs, and later draws the amorous interest of Persephone (Rosario Dawson), Hades’ unwilling wife.

There’s talk in the dialogue, too, of Persephone’s secret male visitors and of how gods and mortals have been known to "hook up."

Though moderate, such content, taken together with the theological considerations mentioned above, precludes endorsement for a general audience.

The film contains pagan themes, brief domestic discord, a few instances of sexual innuendo and a couple of crass terms. The USCCB Office for Film & Broadcasting classification is A-II — adults and adolescents. The Motion Picture Association of America rating is PG — parental guidance suggested. Some material may not be suitable for children.