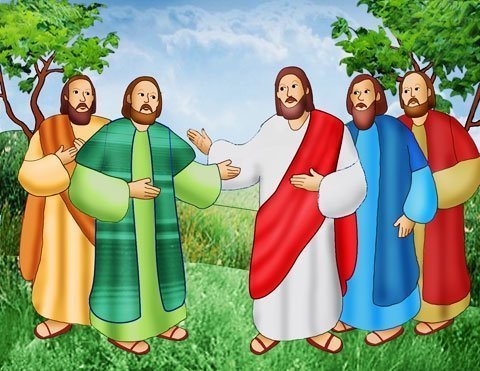 Peter recognizes Jesus as the Messiah

Peter recognizes Jesus as the Messiah

Jesus was alone with his disciples when they realized they had forgotten to bring any bread with them. When they told this to Jesus, he said, “Look out, and beware the leaven of the Pharisees and Sadducees.” The disciples did not understand what Jesus meant, so they thought he had said it because they had forgotten the bread.

Jesus, knowing their thoughts, said, “You of little faith, why do you conclude among yourselves that it is because you have no bread? … How do you not comprehend that I was not speaking to you about bread?” Then his disciples realized he was referring to the teaching of the Pharisees and Sadducees.

Later, when Jesus was with his disciples in Caesarea Philippi when he asked them, “Who do people say that the Son of Man is?”

And they answered him, “Some say John the Baptist, others Elijah, still others Jeremiah or one of the prophets.”

“But who do you say that I am?” Jesus asked.

Peter quickly said, “You are the Messiah, the Son of the living God.”

“Blessed are you, Simon son of Jonah,” Jesus said to him. “For flesh and blood has not revealed this to you, but my heavenly Father. And I say to you, you are Peter, and upon this rock I will build my church, and the gates of the netherworld shall not prevail against it.” Jesus also directed his disciples not tell anyone else he was the Messiah.

After that discussion with his friends, Jesus started telling them that soon he would have to go through a time of suffering in Jerusalem. He would be brought before the elders, the chief priests and the scribes. Then he would be killed by them but he would rise again on the third day after.

Peter was upset about the new things that Jesus was saying. “God forbid, Lord!” he said to Jesus privately. “No such thing shall ever happen to you.”

But Jesus was angry with Peter and said, “Get behind me, Satan! You are an obstacle to me. You are thinking not as God does, but as human beings do.”

Then Jesus said to all of his disciples, “Whoever wishes to come after me must deny himself, take up his cross, and follow me. For whoever wishes to save his life will lose it, but whoever loses his life for my sake will find it.”

READ MORE ABOUT IT:
Matthew 16

Q&A
1. Who did Peter say Jesus was?
2. What did Jesus say would happen to him in Jerusalem?

The Bible is the most important spiritual record that we have. The Catechism of the Catholic Church tells us “the Church has always venerated the Scriptures as she venerates the Lord’s body.” To venerate means to show a deep respect and reverence for someone or something, in this case, the Bible. Although the books of the Bible were written and put in a particular order by men, the catechism tells us the Scriptures were “written down under the inspiration of the Holy Spirit.” The Bible is an important part of our Mass as well. At every service we hear readings from the Old Testament, the New Testament and one of the Gospels, and often parts of some of the Psalms are included as chants or refrains. We can show that we understand the importance of the Bible by reading it every day.

St. Aidan (d. 651) is believed to have been a disciple of St. Senan on Scattery Island, off the coast of Ireland, and he later became a monk. Little more than that is known of his childhood or youth. He made a good impression on King Oswald, who rewarded him with an episcopal seat on the small island of Lindisfarne. Even though Aidan was given valuable gifts by the king and other rich patrons of his religious work, he did not want them for himself. Instead he gave them to the poor. When he was invited to dinner with the king, he brought other monks with him and left as soon as he could without seeming rude, in order to return to his vocational work. Aidan worked very hard to care for slaves and poor children throughout his lifetime. He died in a old castle he used as a mission center. We honor him on Aug. 31. 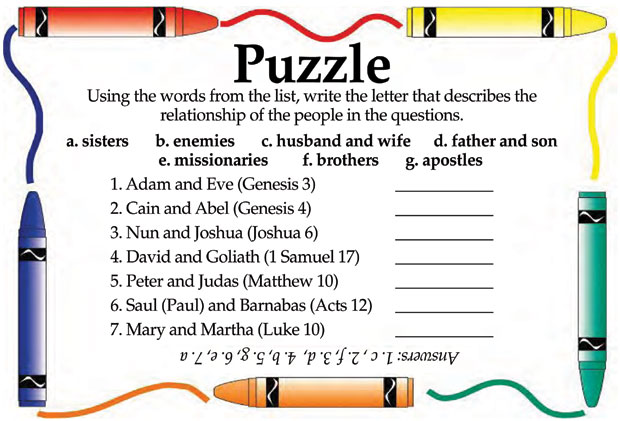