Peter recognizes Jesus as the son of God - Catholic Courier 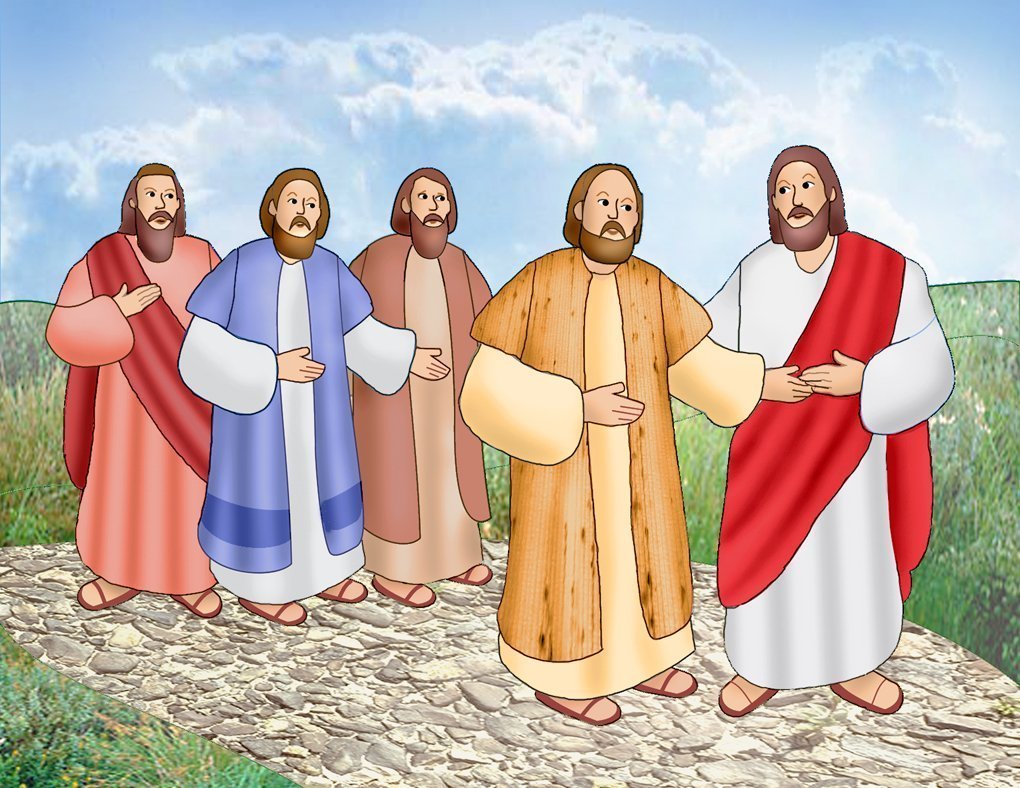 Peter recognizes Jesus as the son of God

Peter recognizes Jesus as the son of God

Looking for a way to trick Jesus, the Sadducees and Pharisees asked him to show them a sign from heaven. Jesus answered them, “You know how to judge the appearance of the sky, but you cannot judge the signs of the times. An evil and unfaithful generation seeks a sign, but no sign will be given it except the sign of Jonah.” Then Jesus left his questioners to ponder his words.

After crossing the sea, Jesus was alone with his Apostles, but they had forgotten to bring any bread. Jesus used this opportunity for a lesson. “Look out,” he said, “and beware of the leaven of the Pharisees and Sadducees.”

The Apostles said to each other, “It is because we have brought no bread.” “You of little faith,” Jesus said to them, “why do you conclude among yourselves that it is because you have no bread? … How do you not comprehend that I was not speaking to you about bread?” Then the Apostles realized Jesus was referring to the teaching of the Pharisees.

Jesus and his friends traveled to Caesarea Philippi. “Who do people say that the Son of Man is?” Jesus asked.

They answered, “Some say John the Baptist, others Elijah, still others Jeremiah or one of the prophets.” “But who do you say that I am?” Jesus asked.

Simon Peter replied, “You are the Messiah, the Son of the living God.”

Jesus smiled at him and said, “Blessed are you, Simon son of Jonah. For flesh and blood has not revealed this to you, but my heavenly father. And so I say to you, you are Peter, and upon this rock I will build my church, and the gates of the netherworld will not prevail against it. I will give you the keys to the kingdom of heaven. Whatever you bind on earth shall be bound in heaven; and whatever you loose on earth shall be loosed in heaven.” After Jesus had said this, he told his Apostles not to tell anyone else he was the Messiah.

Then Jesus started talking to his Apostles about some of the things that would happen to him in the days ahead. He said he would go to Jerusalem, where he would be abused by the chief priests and scribes and killed, but on the third day he would rise again.

READ MORE ABOUT IT:
Matthew 16

Q&A
1. What did Jesus say about the leaven of the Pharisees?
2. Who did Peter say Jesus was?

Pope Benedict XVI has declared the 12 months between June 2008 and June 2009 as the “Year of St. Paul.” In his remarks about one of the most important early Christians, the pope said, “In the papal basilica and Benedictine abbey attached to it, there can be a series of liturgical, cultural and ecumenical events, as well as various pastoral and social initiatives, all of them inspired by Pauline spirituality.” The pope also wants to see a movement of prayer, Bible study and evangelization in dioceses around the world. We can study the Book of Acts to learn about Paul’s conversion and his missionary work, and we can read the letters he wrote, which are part of the New Testament. His life and teachings can be an inspiration to us all.

Margaret Ward (d. 1588) served a woman who was friends with several priests from London. Margaret learned that one of the priests was being mistreated in prison, and she helped him to escape by smuggling a rope in a basket of food. Margaret’s role in the priest’s escape was discovered, and she was arrested and put in prison. She was strung up by the wrists so that only her toes were touching the cell floor. When Margaret was brought into court, she was offered her freedom if she would ask the queen’s pardon and promise to start going to church. She replied she had offended the queen, but, as a Catholic, she could not attend a Protestant church. She was condemned along with another man who also helped the priest, and she was sentenced to death. We remember her on Aug. 30.