Physician-assisted suicide and us - Catholic Courier 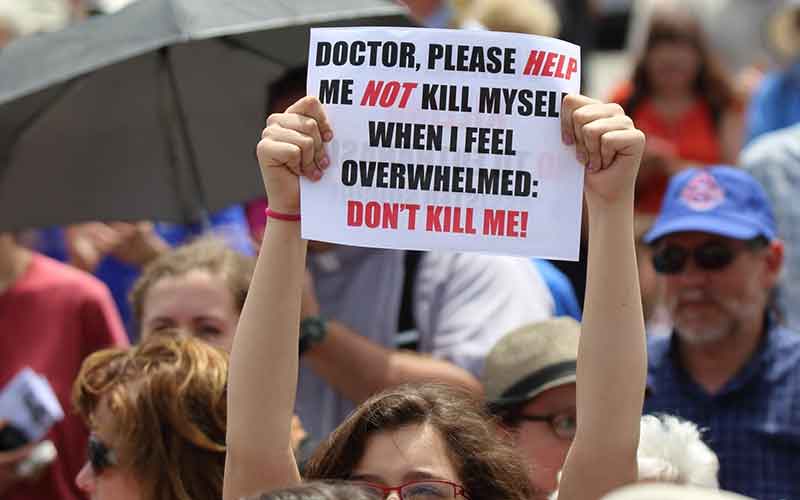 What does it look like to hold a consistent life ethic?

Pro-life advocacy has been a blessing to fathers, mothers and lives unborn. However also important is determined Christian advocacy regarding another life issue: physician-assisted suicide.

“Physician-assisted suicide occurs when a physician facilitates a patient’s death by providing the necessary means and information to enable the patient to perform a life-ending act,” wrote Dr. F. Michael Gloth, III in an article for the U.S. Conference of Catholic Bishops’ Respect Life program.

The practice is, according to the American Medical Association, antithetical to the essence and ethics of the practice of medicine. The association’s Code of Medical Ethics, Opinion 5.7, states, “Physician-assisted suicide is fundamentally incompatible with the physician’s role as healer, would be difficult or impossible to control, and would pose serious societal risks.”

“Assisting in a suicide is an unjustified collaboration in an unlawful act that contradicts the theological relationship with God and the moral relationship that unites us with others who share the gift of life and the meaning of existence,” wrote the Congregation for the Doctrine of the Faith in their 2020 document, “Samaritanus Bonus, On the Care of Persons in the Critical and Terminal Phases of Life.”

Despite ethical and moral objections, legalization of physician-assisted suicide in Canada and the United States has spread.

Since the first state law legalizing it took effect in Oregon in 1997, nine U.S. states and the District of Columbia have allowed for some form of medically assisted suicide. Organized support for legalization and/or expansion of access to the practice continues.

In April 2022, the state of Vermont began to allow patients to access end-of-life prescriptions via telemedicine.

Proponents of physician-assisted suicide often couch the practice in seemingly persuasive language. Terms such as “death with dignity” and “autonomy and freedom of choice” cloud what the practice truly is.

Also, legalization and the practice’s medical context create a sense of acceptability.

Catholics can actively promote life, reach out to suffering individuals

Sometimes, in loneliness, life can seem dark. Catholics can counter the growing acceptance of physician-assisted suicide by actively promoting life, reaching out to suffering individuals so they do not journey alone through a terminal diagnosis or chronic, sharp pain.

Sister Bernatsky said, “Pope Francis has been very big on accompaniment. Everyone has a different response to bad news, and so people need different levels of support. Any step we can make to reach out to people at any level of sickness is important.”

Parish ministries or individual efforts that deliver help or, simply, a kind presence to those who suffer, can combat the oppressive effects of isolation. Pastoral visits that bolster faith are also crucial, as is examining our own attitudes (or fears) about grief, suffering and death.

“Any deepening of our spiritual life will help us,” said Sister Bernatsky. “Taking time to pray, encouraging the reading of the psalms of lament, praying from our heart.”

Cultivating patience will help us meet suffering with understanding, compassion and hope.

“There are so many things that are polarizing us,” said Sister Bernatsky. “We need to know that life is really complex and it is better to take a slow walk forward. Journey one day at a time.”