Planned, electronic giving is on the rise - Catholic Courier 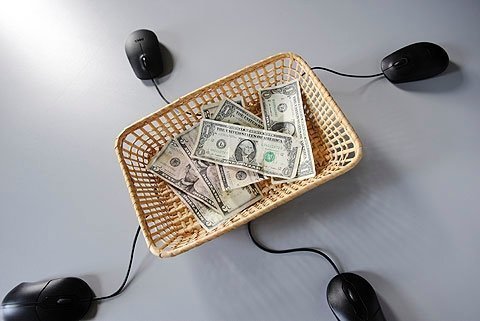 Many area parishes have incorporated electronic giving in their donation options, allowing parishioners with Internet access to contribute with just a few clicks of a mouse.

There are nearly 200 individuals and families who attend Mass at Church of the Assumption each week but do not put an envelope or check into the basket when the ushers take up the collection. These same people, however, provide nearly one-quarter of the Fairport parish’s $1.3 million annual operating budget, according to Father Edward Palumbos, pastor.

They do this by making their offertory contributions electronically through the parish’s electronic funds transfer (EFT) program. Church of the Assumption is one of at least 20 parishes that now offer parishioners the option of giving electronically rather than via the weekly collection. This option is gaining in popularity as people increasingly turn to computers and the Internet to conduct their business, said Mark Clark, associate director of the diocesan Office of Stewardship and Communications.

In the past several years many parishes have placed a renewed emphasis on stewardship, which is the careful and prayerful sharing of God-given gifts, talents and resources.

"We’re called to realize that we’re blessed and to use our gifts to help spread the good word, to be good disciples," Clark explained.

Many parishes are exploring new ways of helping their parishioners share their resources today and promoting existing ways of providing for their parishes’ future, such as planned giving. Several parishes, including Assumption and St. Paul Parish in Webster, have offered parishioners the option of giving electronically for years and have had much success, Clark said, while other faith communities, including Our Lady of the Lakes Catholic Community in the Finger Lakes and Holy Name of Jesus Parish in Greece, are in the process of rolling out their own electronic-giving programs.

Such companies as VeriSign, Vanco Services and PayPal facilitate the electronic-giving programs of a number of local parishes, Clark said, while other parishes work with the companies that print their bulletins or envelopes, such as Liturgical Publications and Catholic Envelope Services. Most electronic-giving programs offer parishioners the option of making one-time donations using a credit or debit card. Parishioners also may elect to authorize the companies to automatically withdraw a set amount from their bank accounts — or charge that amount to their credit cards — on certain, fixed days each month.

Parishes also know how much money they’ll be receiving each week or each month, which helps them plan their budgets accordingly, Father Palumbos said. It also provides a way for parishioners to make a consistent stewardship commitment that doesn’t waver even if the parishioners are absent from Mass because they’re traveling or ill, added Father John Gagnier, pastor at Holy Name of Jesus.

Parishioners who give electronically also eliminate the potential of forgetting to write a check or bring it to church, said Father Palumbos, relaying an anecdote one father of four recently shared with the parish.

"He had his youngest son in his arms and he said, ‘On Sunday morning I’m trying to get all four kids ready and my wife and I are trying to get here on time. I just don’t have time to write a check,’" the priest said.

Several companies and parishes allow parishioners the option of designating ahead of time how much they’d like to contribute to second collections and special appeals. Other parishes, including Assumption, remind parishioners who give electronically that they can still use envelopes for special collections. And some parishioners are encouraged to write "I give electronically" on their envelopes and place them in the basket each weekend if they feel self-conscious about their lack of a visible contribution, Clark said.

Many parishes also are emphasizing the importance of planned giving, but this method of giving is not gaining traction quite as quickly as electronic giving, he added. A planned gift is one that is given to a charity through a will, contract or trust, and such gifts can be bequests of money, stocks, tangible possessions, proceeds from life-insurance policies, gift annuities, charitable trusts and life estates.

Parish leaders sometimes are reluctant to bring up the subject because they feel guilty about asking for money, but they’re missing opportunities by doing so, Clark said, noting that a quick scan of a local newspaper’s obituary page will reveal that many Catholic parishioners designate memorial contributions be made to such organizations as Lollypop Farm or the American Cancer Society. Such organizations are worthy causes, Clark noted, but the deceased likely had a much closer and long-term relationship with his or her parish than with the designated charity.

"Their relationship has only been a matter of a few years or a few months, as opposed to a lifetime," he said.

People don’t mean to leave their parishes out in the cold, but many simply don’t think of designating their churches as memorial recipients or don’t think they have any assets worth leaving to their parishes, Father Gagnier said.

"People don’t always associate the vitality of a church with the generosity of our forbearers," Father Palumbos said.