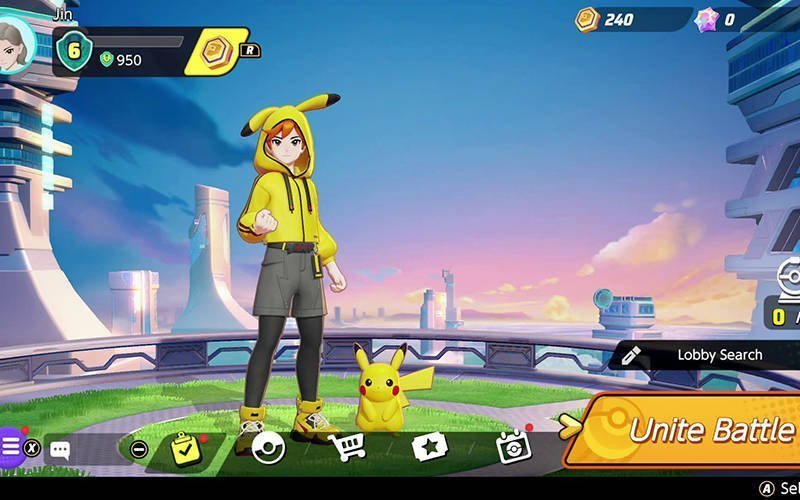 This is an image from the video game “Pokemon Unite.” The Catholic News Service classification is A-I — general patronage. The Entertainment Software Rating Board rating is E — everyone. (CNS photo by Nintendo)

NEW YORK (CNS) — The folks behind the Pokemon Universe have parlayed that realm of imaginary creatures into one of the world’s most popular, profitable and family-friendly media franchises.

And they break new ground with “Pokemon Unite” (Nintendo), their second release of the year.

Up until now, the core games in the series have typically been single-player. With this title, however, Pokemon enters the world of multiplayer online battle arenas, also known as MOBA.

Each match pits two teams of five players against each other, with each trainer controlling one creature. Gamers score points by defeating Pokemon on their half of the arena and collecting the Aeos energy left behind. Combat is simple with only two moves allowed.

Mystifyingly, it’s impossible to check the score during gameplay. Although this is likely intended to discourage players who are losing from quitting mid-match, some may be frustrated by this omission from the user interface.

By its very nature, of course, the MOBA genre involves interaction with others during online play. Text chat is limited to Nintendo-approved catchphrases, while voice chat can only be used during matches with users on a gamer’s friends list. Still, parents should exercise caution.

Although it’s not a landmark for the longstanding series, “Pokemon Unite” is currently free-to-start and offers excellent diversion and replayability.