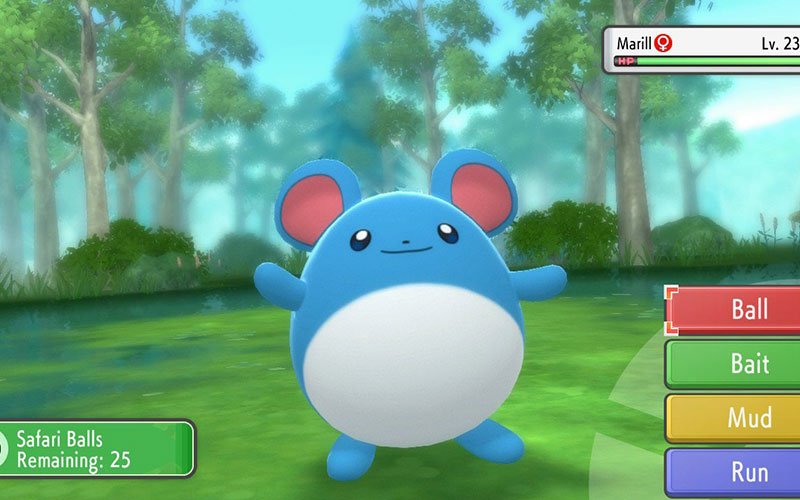 This is an image from the video game "Pokemon Brilliant Diamond and Shining Pearl." (CNS photo courtesy Nintendo)

NEW YORK (CNS) — A reliably safe franchise gets a freshly polished addition with the release of “Pokemon Brilliant Diamond and Shining Pearl” (Nintendo). An update of two titles for the Nintendo DS launched back in 2006, this double revamp is suitable for all.

As many will not have to be told, the Pokemon Universe is a realm populated by a seemingly endless variety of imaginary creatures. Games set in this world challenge players to capture, catalog and train as many of these initially wild but eventually petlike beings — whose name derives from the phrase “pocket monsters” — as they can.

Here, the gamer takes on the persona of a young collector of the fictional fauna. Recruited by Professor Rowan, a scientist who studies the evolution of Pokemon, he or she ends up in the crosshairs of Team Galactic, a nefarious outfit seeking to remake the entire environment for their own benefit.

Members of the organization are located in various cities across Sinnoh, the region in which the narrative is set. Defeating them enables players to get closer to Galactic’s top leader, a sinister young man called Cyrus.

Along with the primary adventure, there are also side games, such as contests in which Pokemon compete in categories like Coolness, Cuteness and Toughness. Entrants are then ranked as anything from merely Normal to the gold-medal class, Master.

This enjoyable remake includes plenty of quality-of-life upgrades such as new graphics and the ability to have a Pokemon follow your avatar. However, the biggest improvement is the Grand Underground, a mechanism that gives players access to areas beyond Sinnoh — and to their inhabitants. There is also Ramanas Park, an enclosure where trainers can seek out legendary, highly elusive potential captives.