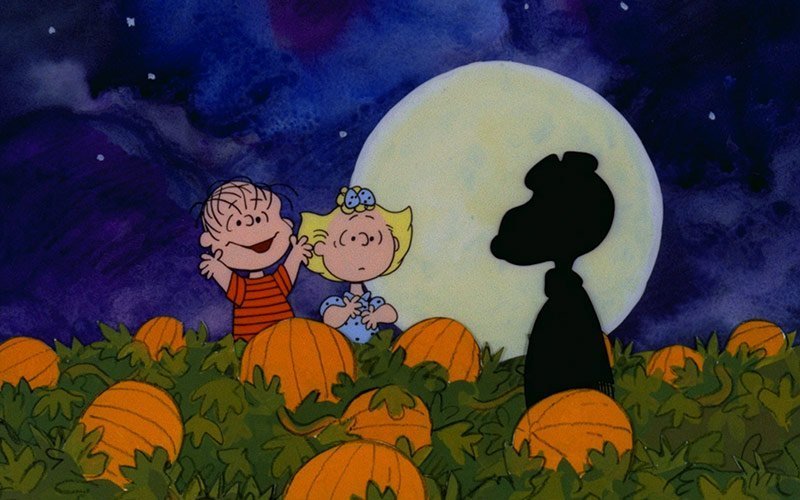 I’ve always loved Charles Schulz’s penchant for mixing hilarity with profound messages through his “Peanuts” characters. That skill is evident in “A Charlie Brown Christmas,” when Linus famously points out — by reciting Luke 2:8-14 — that his peers have their Christmas priorities all wrong.

However, the deeper meaning isn’t so clear to me in “It’s the Great Pumpkin, Charlie Brown” which debuted on television in 1966, one year after the Peanuts’ Christmas special.

I find it rather spooky, if you will, that Linus — who had displayed such beyond-his-years wisdom by nailing the true meaning of Christmas — now idolizes a being that nobody else has ever heard of. In fact, he skips a Halloween party and trick-or-treating just to wait for the Great Pumpkin to bring him toys in a pumpkin patch.

Is Schulz warning us about worshiping false gods? Is he commenting on how overwrought kids can become about Santa Claus, the Easter Bunny and the Tooth Fairy? That perhaps they shouldn’t cast their lot with mythical characters simply for the sake of getting toys, candy or money?

One also might wonder if the cartoonist is taking a jab at religion and the premise of following something, or someone, that can’t be seen. But I can’t see that kind of intent coming from Schulz, a devout Christian, who actually battled network executives for inclusion of the Luke passage in “A Charlie Brown Christmas.”

In the end, I regard “Great Pumpkin” as a triumph of the human spirit — a positive message about sticking to our convictions, even when folks think we’re nuts.

Hey, Linus: I’m a Chicago Cubs fan and last year they won the World Series, which I’d been told many times would never happen. Who am I to say you won’t see the Great Pumpkin tonight?