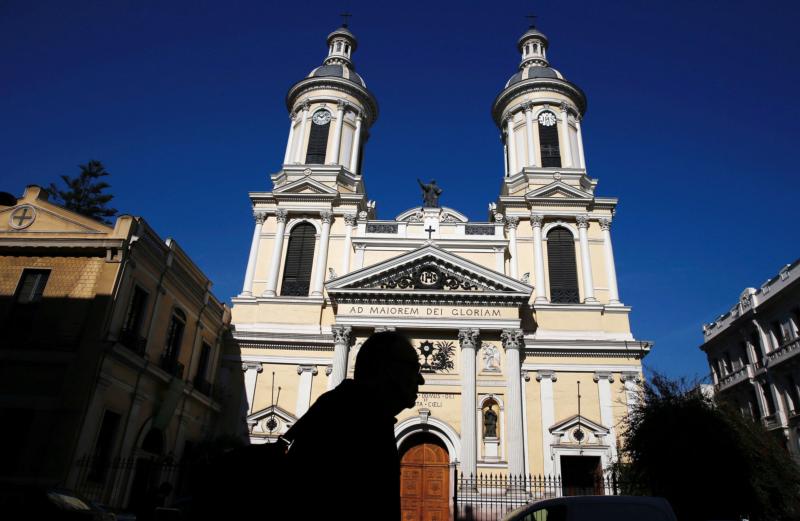 VATICAN CITY (CNS) — In the wake of a papal investigation into abuse of power, negligence and the cover-up of sexual abuse in the church in Chile, Pope Francis has accepted the resignations of two more of the country’s bishops: Bishops Alejandro Goic Karmelic of Rancagua, 78, and Horacio del Carmen Valenzuela Abarca, 64, of Talca.

The Vatican made the announcement June 28.

Almost every bishop in Chile had offered his resignation to Pope Francis in mid-May after a three-day meeting at the Vatican to discuss the clerical sexual abuse scandal detailed in a 2,300-page report compiled by Archbishop Charles Scicluna of Malta and his aide, Father Jordi Bertomeu.

The pope also held a series of private meetings at the Vatican with survivors, including priests, who were abused by Chilean Father Fernando Karadima or his followers.

Father Karadima was eventually found guilty of sexual abuse and sentenced by the Vatican to a life of prayer and penance. But there also were allegations by survivors that Bishop Juan Barros — then a priest — as well as other members of Father Karadima’s inner circle had witnessed abuse by their mentor.

Bishop Goic, a priest of Punta Arenas, served as auxiliary bishop of Concepcion from 1979 to 1994, when he was appointed bishop of Osorno. He was made coadjutor bishop of Rancagua in 2003 and bishop in 2004.

Bishop Goic was president of the Chilean bishops’ commission for abuse prevention. He suspended 14 of the diocese’s 68 priests in mid-May after an investigative report by Tele 13 alleged there was a sex-abuse ring made up of clergy and known as “La Cofradia” (“The Brotherhood”).

According to the report, “La Cofradia” had its own hierarchical structure and carried out, as well as covered up, the sexual abuse of minors by members of the group.

The report also alleged that although Bishop Goic was informed and presented with evidence of the group’s existence by Elsa Fernandez, a local youth minister, he refused to act.

Fernandez said she contacted the Chilean bishops’ conference in January to inform them of the abuses committed by “La Cofradia.” However, she said, she was informed in an email that the conference “does not formally receive complaints.”

In an interview published on the Tele 13 website May 22, Bishop Goic said he had thought people talking about “La Cofradia” were speaking “in jest” and said he “never received a formal complaint that seriously said this was happening.”

After the report’s broadcast, Bishop Goic acknowledged that he had met with Fernandez, and he apologized for his failure to act “with the appropriate agility in the investigation” of the priests allegedly involved in the sex abuse ring.

Earlier in June, Pope Francis accepted the resignations of 61-year-old Bishop Barros of Osorno and two other bishops who had reached the customary retirement age of 75: Archbishop Cristian Caro Cordero of Puerto Montt and Bishop Gonzalo Duarte Garcia de Cortazar of Valparaiso.

Contributing to the story was Junno Arocho Esteves in Rome.