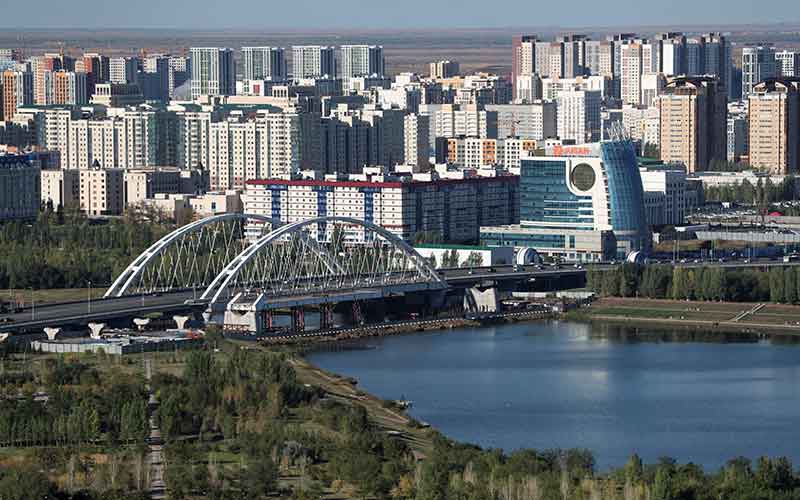 A general view shows the city ahead of the Seventh Congress of Leaders of World and Traditional Religions with the participation of Pope Francis in Nur-Sultan, Kazakhstan, Sept. 12, 2022. (CNS photo by Pavel Mikheyev/Reuters)

VATICAN CITY (CNS) — Pope Francis asked Christians to pray for him before he embarks on a three-day visit to Kazakhstan.

The pope, who will attend the Congress of World and Traditional Religions during his Sept. 13-15 visit, said the meeting “will be an opportunity to meet many religious representatives and to engage in dialogue as brothers, inspired by the mutual desire for peace, the peace our world thirsts for.”

“I ask you all to accompany me with prayer on this pilgrimage of dialogue and peace,” he told pilgrims in St. Peter’s Square Sept. 11 for his Sunday Angelus address.

Held every three years, the Congress of World and Traditional Religions was the initiative of Kazakhstan’s first president, Nursultan Nazarbayev, as a way of promoting dialogue among religions, the congress’ website stated.

The pope had expressed his desire to meet in Kazakhstan with Russian Orthodox Patriarch Kirill of Moscow. However, Metropolitan Anthony of Volokolamsk, head of external relations for the Russian Orthodox Church, confirmed in late August that the patriarch will not attend the meeting.

At the Angelus, Pope Francis also called on Christians to continue to pray for the people of Ukraine so that “the Lord may give them comfort and hope.”

He also confirmed that Polish Cardinal Konrad Krajewski, papal almoner, was in Ukraine “to visit various communities and to bear concrete witness to the closeness of the pope and the church.”

In a statement released Sept. 9, the Dicastery for the Service of Charity said Cardinal Krajewski would visit the cities of Odesa, Zhytomyr, Kharkiv and other locations in eastern Ukraine. However, most likely for security reasons, the dicastery did not specify how or when the cardinal would be traveling.

Pope Francis also remembered Comboni Sister Maria De Coppi, who was killed by a bullet to the head in the night between Sept. 6 and 7 during an attack by militants in northern Mozambique, where she had served as a missionary since 1963.

The BBC reported Sept. 8 that the Islamic State group (IS) claimed responsibility for the attack, which killed four Christians, including Sister De Coppi. IS said it killed the nun because she had “excessively engaged in spreading Christianity,” the BBC reported.

“May her witness give strength and courage to Christians and all the people of Mozambique,” the pope said.