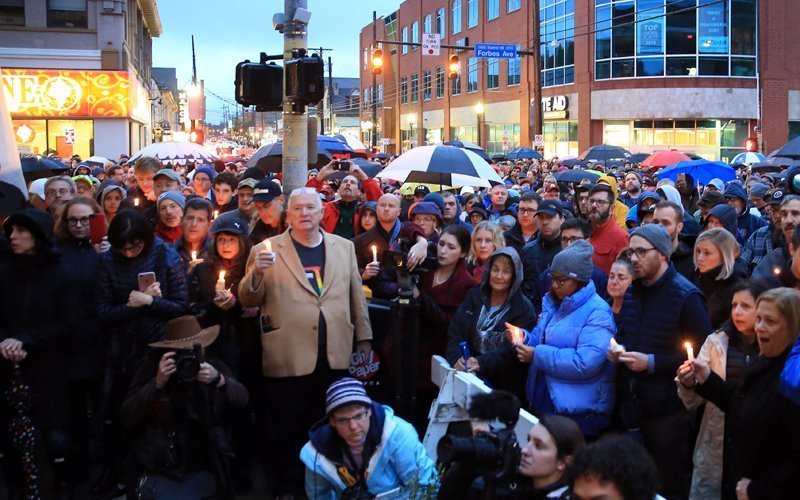 People mourn the loss of life as they hold a vigil for the victims of the Tree of Life Synagogue shooting in Pittsburgh Oct. 27. Pope Francis at his Sunday Angelus prayed for those affected by the attack inside the Pittsburgh synagogue. (CNS photo by John Altdorfer/Reuters)

VATICAN CITY (CNS) — Pope Francis prayed for those affected by a deadly attack inside a Pittsburgh synagogue, calling it an act of inhumane violence.

“We are all hurt by this inhumane act of violence,” the pope said Oct. 28, the day after a gunman, shouting anti-Semitic insults, killed 11 people in the Tree of Life synagogue.

“May the Lord help us extinguish the fires of hatred that develop in our society,” the pope prayed after reciting the Angelus prayer.

In addition to those killed in the Pittsburgh synagogue, six others were wounded, including four police officers. Authorities have described it as the deadliest rampage ever against the Jewish community in the United States.

Pope Francis prayed that God would help people strengthen their “sense of humanity, their respect for life, moral and civic values and the holy fear of God, who is love and the father of everyone.”