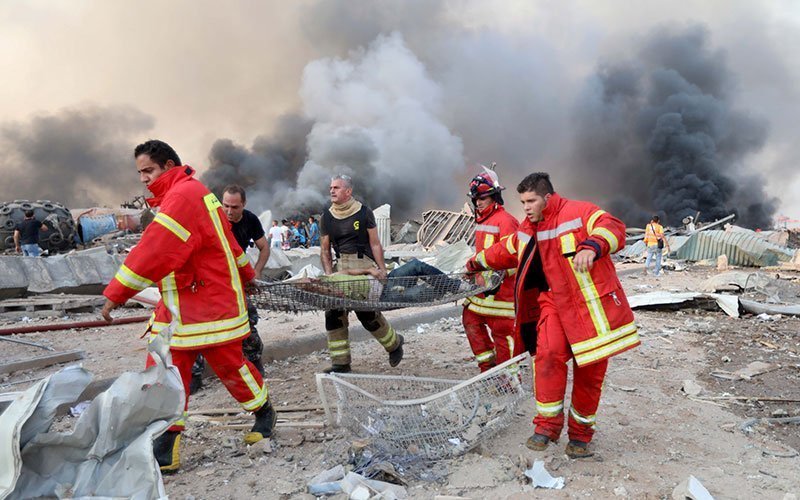 VATICAN CITY (CNS) — After a massive fire triggered a deadly explosion in Beirut, Pope Francis called for prayers and a united effort to help Lebanon overcome “this serious crisis.”

“Let us pray for the victims and their family members, and let us pray for Lebanon so that with the effort of everyone in society — political and religious — it may face this tragic and painful moment and, with the help of the international community, overcome the serious crisis it is experiencing,” the pope said Aug. 5 at the end of his general audience.

The morning after a devastating explosion rocked the city’s port area Aug. 4, at least 100 people were reported dead, more than 4,000 others were injured, and more than 100 people were missing. Rescue workers continued to search for survivors under the rubble.

Lebanese President Michel Aoun said the blast was caused by thousands of tons of ammonium nitrate stored in a warehouse that had caught fire.

The shock waves from the explosion flattened nearby structures, shattered glass and shook buildings throughout the city in the tiny Mediterranean nation already devastated by the coronavirus and its worst financial crisis since the 1975-1990 civil war.

A recent report by the U.N. World Food Program said almost 50% of Lebanese citizens — along with 63% of Palestinian refugees and 75% of Syrian refugees in the country — were worried they could find enough food.